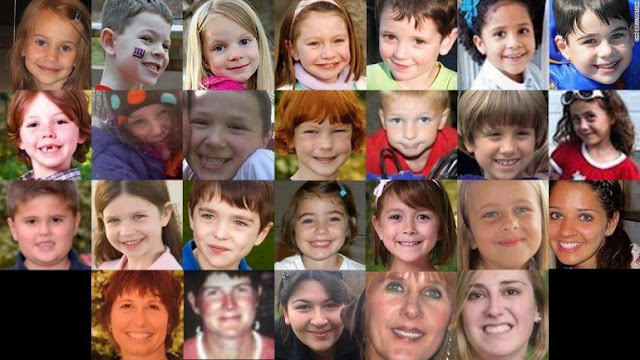 The Supreme Court refused Tuesday to shield a major arms manufacturer from potential liability in the 2012 school shooting that left 26 students and educators dead in Newtown, Conn.

The justices' action allows a lawsuit filed by parents of Sandy Hook Elementary School victims to move forward at the state level, on the allegation that Remington Arms Co. marketed the military-style rifle used in the mass shooting "for use in assaults against human beings."

The case tests the reach of a 2005 law passed by Congress to protect firearms manufacturers from being held liable for crimes committed by gun purchasers. That law was hailed by the National Rifle Association, but it included exceptions, including one for violating rules related to marketing and advertising.

Gun control advocates have said a victory by the families in the long-running dispute could lead to more lawsuits and damaging disclosures involving the firearms industry.

Josh Koskoff, an attorney representing the families, said the lawsuit now can proceed to "shed light on Remington’s profit-driven strategy to expand the AR-15 market and court high-risk users at the expense of Americans’ safety."

The Connecticut Supreme Court ruled 4-3 in March that Remington can be sued because of the way the AR-15-style Bushmaster rifle was marketed. The families' lawsuit contends that Remington glorified the gun in advertising aimed at young people, including in violent video games.

The Sandy Hook killer, Adam Lanza, was 20 when he shot and killed his mother at home, then went to the Newtown school and gunned down first-graders and educators. Lanza then killed himself.

The Supreme Court already has a gun rights case on its docket. That case, to be heard in early December, will decide whether a New York City regulation that restricts the transportation of legally owned guns violates their owners' constitutional rights.

In court papers, Donald Verrilli, the lawyer for the families suing Remington, said its advertising "continued to exploit the fantasy of an all-conquering lone gunman, proclaiming: 'Forces of opposition, bow down. You are single-handedly outnumbered.'"

Scott Keller, the lawyer representing Remington, told the court that under the 2005 federal law, the lawsuit "is exactly the kind of case arising from a criminal’s misuse of a firearm that 'may not be brought in any federal or state court.'"