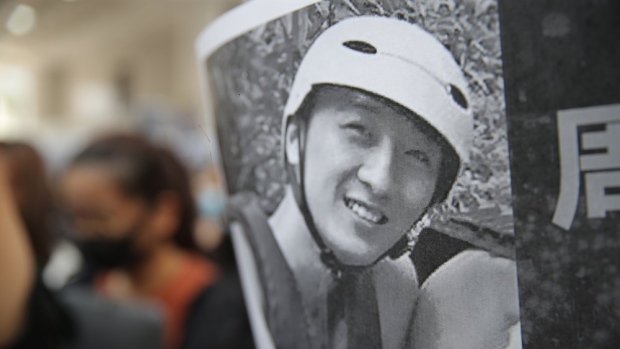 The death of a student in Hong Kong who fell from a parking garage after police used tear gas during protests has resulted in additional ire toward police in the city.

In a statement Friday, the government said that the student had passed away after surgery and treatment following the Monday fall. A government spokesman "expressed great sorrow and regret" over the matter and "extended sympathies to his family."

The AP reported that about 1,000 protesters marched through the territory's central district, saying  “Disband the police force,” ″Hong Kong people, revenge” and “A blood debt must be paid in blood.”

According to the wire service, demonstrators called police officials "murderers."

Prominent activist Joshua Wong tweeted in response to the death that "the gov must pay the price."

"Today we mourn the loss of the freedom fighter in HK. We will not leave anyone behind - what we start together, we finish together," he wrote.

Police official Suzette Foo told reporters that authorities would “spend every effort" investigating the death and would recommend the facts being made public.

For months, massive, sometimes violent demonstrations have occurred in Hong Kong. They began in response to a now-shelved bill involving extradition to China, but have since morphed into a greater pro-Democracy movement.