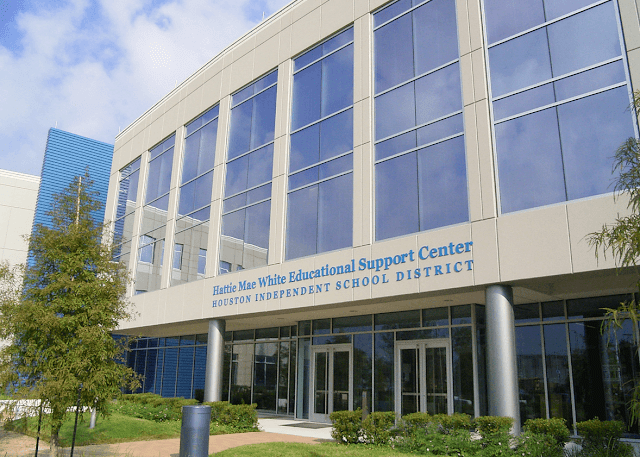 In a move that is unprecedented in scope, Texas state officials announced Wednesday they plan on taking over the state’s largest school district, yanking power from Houston Independent School District’s elected school board members to “prevent imminent and substantial harm to the welfare of the district’s students.”

Texas Education Commissioner Mike Morath sent a letter to Houston ISD Interim Superintendent Grenita Lathan and Board President Diana Davila giving two principal reasons for the decision: the school board’s “failure of governance” and the repeated low academic performance of Wheatley High School, which received its seventh failing rating this year. In addition to appointing a board of governance to replace the elected school board, Morath will also appoint a superintendent to lead the district. The timeline of the takeover action is unclear.

“Given the inability of the board of trustees to govern the district, these sanctions are necessary to protect the best interests of the district’s current and future students,” he wrote. The decision means the state will be taking over its largest public school district, which contains more than 270 schools and educates more than 200,000 students.

Houston ISD officials still have a slim chance at averting the takeover and have two weeks to request a formal review challenging it, according to a Texas Education Agency spokesperson.

The announcement of a takeover was far from unexpected. Last week, a final state investigation report recommended Morath replace the school board, finding that it had violated state open meetings law, attempted to influence how contracts were awarded, and took action on district issues individually without consulting other board members.

Just yesterday, the state denied Houston ISD’s appeal of Wheatley High School’s state accountability rating, killing one of its last hopes of remaining independently governed. A 2015 law requires Morath to penalize a district with a school that has been failing for more than four consecutive years, by either shutting down the school or taking over the entire district. This is the first time that law will be used to take over a district.

The districts will also be assigned state conservators, who will attend all board meetings, oversee district operations and submit monthly progress reports to the state. Houston ISD has had a state-appointed conservator since 2016, initially appointed to oversee another long-failing school.

Boards of managers in those three school districts will be composed of local community members, who can send in applications to the state starting immediately. State officials will conduct interviews and train applicants, before presenting a list of finalists to Morath for final approval.

During its temporary replacement of the elected board, a board of managers has all the same powers and duties to oversee the school district. Once the state determines it has fixed the specific problems it is charged with, Morath will gradually transfer power back to the elected board.

The Texas Education Agency has replaced elected school boards in smaller school districts in the past few years, due to a mixture of financial malfeasance, school board dysfunction, and low academic performance. In Edgewood ISD, in San Antonio, the school board was so mired in personal conflict in 2016 that it couldn’t make a decision on a superintendent or principals for both its high schools. The state replaced the elected school board and is planning to transition power back next year.

Houston ISD is currently suing the state to prevent a takeover, which may delay the process of actually replacing the elected board. Last week, Houston ISD asked a federal judge for a preliminary injunction to stop Morath from interfering with the district’s selection of a new superintendent, replacing its elected board or taking any other action based on the state investigation.