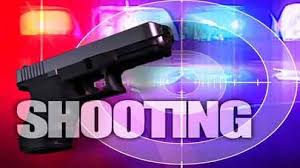 Early Friday morning, Amarillo police officers were dispatched to the Hogg Penn after hours club at 2650 Dumas Drive on a shooting.

A 41 year old female at the location was suffering from a gunshot wound to her upper body. She was transported to a local hospital with possible life threatening injuries.

Officers located several spent shell casings in the club, but could not get a description of who was shooting. While investigating the scene of the shooting, six other victims were taken to local hospitals by private rides.