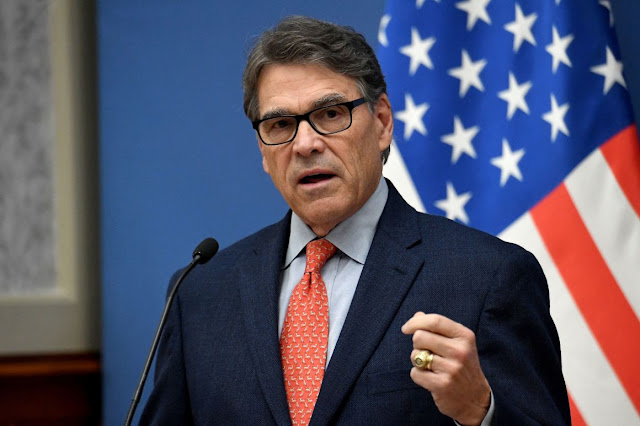 Former Energy Secretary Rick Perry’s team is pushing back on Ambassador to the European Union Gordon Sondland’s Wednesday testimony, saying the words “Biden” and “Burisma” did not come up during conversations between Perry and the president’s personal attorney Rudy Giuliani.

The Department of Energy said in a statement Wednesday that Sondland misrepresented Perry’s communications with Giuliani and the president.

“At no point before, during or after that phone call did the words ‘Biden’ or ‘Burisma’ ever come up in the presence of Secretary Perry,” it continues.

Sondland testified Wednesday in front of the House Intelligence Committee that he updated Perry and other senior administration officials over email about how a meeting between Ukrainian President Volodymyr Zelensky and Trump was contingent on the country's willingness to investigate former Vice President Joe Biden.

The ambassador also said he, Perry and former U.S. envoy to Ukraine Kurt Volker “did not want to work with Mr. Giuliani” but were playing “the hand we were dealt.”

The House’s impeachment inquiry into the president began after a whistleblower complained that Trump asked the Ukrainian president to look into Biden and his son Hunter days after withholding military aid from the country. Hunter Biden previously sat on the board of the Ukrainian company Burisma.