Republicans weren’t all that interested in what Sanford was offering 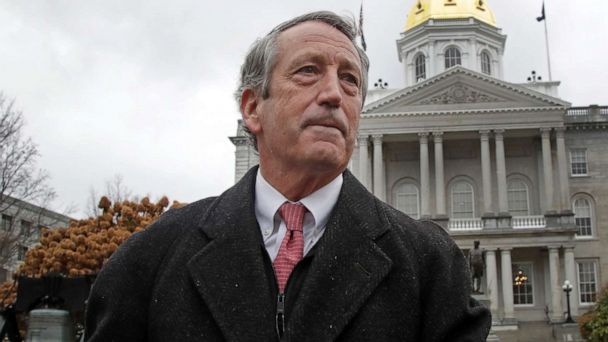 The responses to the news that Mark Sanford is ending his short-lived presidential bid practically write themselves. “Take a hike” comes to mind.

Few political careers end in glory. Mark Sanford once enjoyed one of the most improbable comebacks in American political history, winning a U.S. house seat after his time as governor ended in a notorious adultery scandal. He asked voters to judge him not by his worst day or his best day, but by “the totality” of his public life, and enough voters in South Carolina’s first Congressional District remembered the pork-fighting governor who memorably brought live pigs to the state House floor to emphasize his points.

But the Republican party’s concern about high deficits and mounting debt was a mile wide and an inch deep; when presented with a presidential candidate who rarely even pretended to care about the national debt and who had no interest in even attempting to reform entitlement programs, most Republicans signed on. Sanford made the unforgivable mistake of believing his party had meant everything it had said in the Tea Party era.

Sanford was ill suited to being a team player in any era, but particularly during the presidency of Donald Trump. In the 2018 primary in Sanford’s district, Katie Arrington turned the primary fight into almost a referendum on loyalty to the president, and narrowly beat Sanford, 50.6 percent to 46.5 percent. No doubt that loss was surprising and deeply disappointing to the incumbent, and he couldn’t bring himself to accept the primary voters’ verdict. Sanford chose not to endorse her in the general election, and it is believed that a considerable number of Sanford donors and allies sat out the general election.

This left short-lived presidential candidate Sanford particularly short on potential allies. Some voters were always going to mentally associate him with “hiking on the Appalachian trail;” his signature fiscal issues were de-prioritized in an era of high-stakes fights over immigration, trade, and judicial nominations; and he had alienated a chunk of his state and district parties. Who was left?

Sure, state Republican parties looked scared and silly when they canceled presidential primaries, and local GOP organizations refusing to let Sanford even speak to their members look silly and petty. But that obscures the fact that Republicans weren’t all that interested in what Sanford was offering. His message that Americans ignore the mounting debt at our peril is a fiscally, economically, and morally correct one. But even the best message has a tough time overcoming such a flawed messenger.