Pressure is mounting to stop Rodney Reed's execution: Where does his case stand? 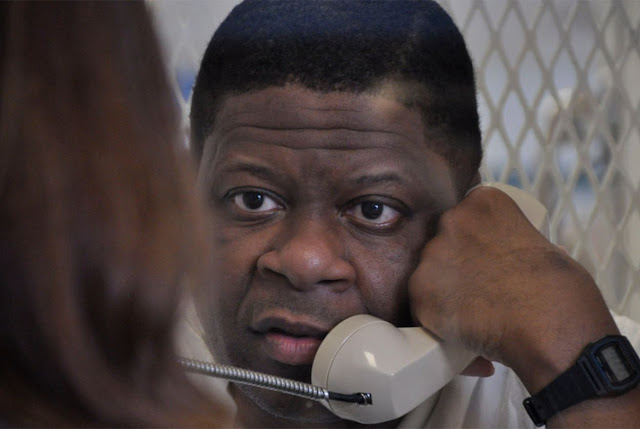 Despite a national and bipartisan outpouring of support for Texas death row inmate Rodney Reed, the state is still scheduled to execute him Wednesday.

As of Thursday night, more than half of the Texas Senate, at least 45 state House members and several congressmen from Texas have publicly asked to stop Reed’s upcoming death. That doesn’t include the millions of people who have signed online petitions and an ever-rising number of celebrities — like Beyoncé, Oprah and Kim Kardashian — who have voiced support.

Reed, now 51, has been on death row for more than 20 years after being convicted in the 1996 Bastrop murder of 19-year-old Stacey Stites. His guilt in the murder has always been shrouded in doubt, but in recent months, the case has drawn an enormous amount of attention and skepticism from the public and lawmakers on both sides of the aisle. For Elsa Alcala, a former judge on Texas’ highest criminal court whose time on the bench turned her into a death penalty critic, Reed’s case has gotten a bigger spotlight than any other execution she remembers.

“I’ve been stunned by the attention the case has gotten,” Alcala said. “As far as bipartisan support, I just presume that people are trying to be on the right side of this.”

Texas Republicans have generally shied away from or rejected discussions of flaws with capital punishment. But a small and growing number of conservative politicians have started publicly questioning it in recent years, and the Texas House passed several measures this year to reform death penalty law. Reed’s upcoming execution has pushed many in the GOP far beyond discussion. Republican U.S. Sen. Ted Cruz has publicly suggested the case should be reviewed further. More than two dozen of the state lawmakers asking to stop his death are Republican, and they've been joined by Republican U.S. Rep. Michael McCaul, who represents Bastrop.

“As the former Deputy Attorney General for Criminal Justice, I oversaw all death penalty appeals for the state of Texas, and fully understand the legal process and the difficulty of making such decisions,” McCaul wrote in a letter to Republican Gov. Greg Abbott and the Texas Board of Pardons and Paroles. “A death sentence is final, and given the doubt surrounding his innocence at this time, I believe our state cannot execute Mr. Reed in good conscience.”

Most of the pleas from lawmakers and others have been aimed directly at Abbott and the Texas parole board. Spokespeople for Abbott and the board have not responded to repeated requests about Reed’s case.

But one of several courts could also stop Reed’s execution. As the clock ticks down to the moment Reed is scheduled to take his last steps into the state’s death chamber in Huntsville, his attorneys have filed multiple late appeals with new witnesses and evidence they say further emphasizes their long-standing argument: that Reed is innocent in Stites’ murder and evidence instead implicates her fiancé, Jimmy Fennell.

Stites’ body was found partially unclothed hours after she missed an early morning shift at a grocery store, according to court records. Fennell’s truck was found abandoned in a nearby school parking lot. At both locations were pieces of Stites’ belt, which was believed to have been used to strangle her.

About a year after the murder, DNA from sperm cells found inside Stites matched to Reed, making him the prime suspect. He was also indicted, but never convicted, in several other rape cases. Reed has argued he and Stites had a consensual affair, a claim his lawyers say was doubted largely because he was a black man in rural Texas, and Stites was white. Reed was tried by an all-white jury.

Stites’ family and Bastrop County prosecutors, however, remain certain Reed is guilty, saying he was a serial rapist who stopped Stites on her way to work, raped her and then killed her.

In the years since his conviction, Reed, represented by the Innocence Project, has brought forth mountains of new witnesses and reexamined forensic evidence he claims prove his innocence. Pathologists have said Stites was killed before the time Fennell said she left their home for work, when she was alone with him. And the medical examiner who originally pegged her death to a later time — likely when she was driving to work — clarified in an affidavit that it would be impossible to pinpoint that exact time.

Experts whose testimony prosecutors used to argue that Reed’s sperm was a result of sexual assault just before the murder have also come forward, saying the sperm could have been from days before, when Reed said the two had sex, and the medical examiner has since said there was no evidence the sperm was connected to the sexual assault.

Reed’s lawyers have also, as recently as this week, brought forward more witnesses who have corroborated Reed’s claim that he and Stites were in a relationship or have placed suspicion instead on Fennell. In 2007, Fennell was sentenced to 10 years in prison after he kidnapped and allegedly raped a woman while on duty as a police officer. One man said Fennell confessed to him that he killed Stites while they were in prison together.

Fennell’s lawyer, Robert Phillips, has laughed off these new, 11th hour witnesses, saying they pale in comparison to the evidence against Reed.

On Thursday, Reed had appeals pending in the trial court, the Texas Court of Criminal Appeals, federal district court and the U.S. Supreme Court. His appeals ask the courts to stop his execution and further review his case based on the newest witnesses who have come forward, a repeated plea to test for DNA evidence on the belt suspected to have been used to strangle Stites, the reexamined forensic evidence, Fennell’s refusal to speak at an appellate hearing, and a procedural concern over which judge should have signed the execution warrant. His clemency petition, requesting a stay or change of sentence, was also on file with the governor’s office and the parole board.

On his own, Abbott has the power to delay Reed’s execution for 30 days. With a recommendation from the parole board, however, the governor can approve a longer stay of execution or change Reed’s death sentence to one of life in prison. The board usually votes remotely on such matters at 1 p.m. two days before the execution date. In Reed’s case, that means a vote could come Monday, though the board chair can move it up. During Abbott's tenure, which began in 2015, he has changed one condemned man's sentence to life after a unanimous vote by the parole board. Forty-eight men have been executed.

Alcala, who is now a policy director for the Texas Defender Services, said she was surprised there hadn't already been a stay in Reed's case, but she still believes the new filings — specifically the more narrow procedural concern — will lead to a stay. At this point, she said she expects Abbott, if he wants to get involved, to first wait a few days to see what her old court, the Texas Court of Criminal Appeals does. The U.S. Supreme Court also is scheduled to discuss the case Friday, but they wouldn't likely rule until next week.