Poll: Trump beats each of the top 4 Democratic candidates in Texas 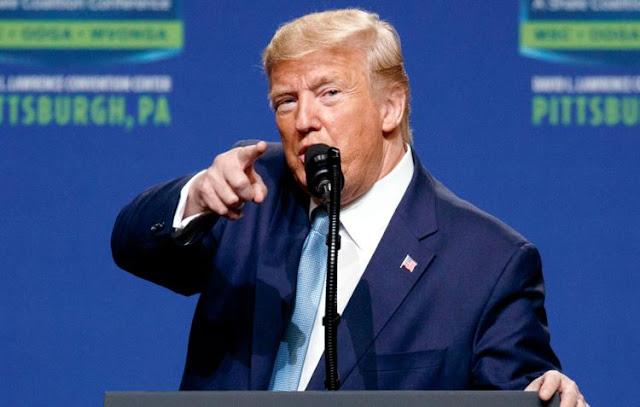 A University of Texas/Texas Tribune poll shows that a slight majority of the state’s voters say they would refrain from re-electing President Donald Trump in next year’s presidential race. But they also have reservations about throwing their support toward any of the leading Democratic candidates.

In individual matchups against each of the top four Democrats, the poll shows Trump would win.

According to the poll, 48 percent of Texas voters are likely to vote for Trump again while 52 percent are unlikely to support his re-election bid. Compared to the poll release last June, Trump’s support among Texans slid by four percent.

Among the top four Democratic candidates, neither crossed the 50 percent threshold when it comes to support from Lone Star voters. The poll showed that former Vice President Joe Biden amassed 23 percent, with Massachusetts U.S. Sen. Elizabeth Warren trailing with 18 percent.

Ex-Congressman and El Paso native Beto O’Rourke, who recently abandoned his presidential campaign, placed third with 14 percent support . U.S. Sen. Bernie Sanders of Vermont rounds out the four with 12 percent. The figures are bound to change as about 40 percent of likely Democratic primary voters said it is possible they could change their minds. Fifty-four percent said they are firm in their choices.

Daron Shaw, co-director of the University of Texas/Texas Tribune Poll and UT Austin government professor, told UT News that the primaries have not garnered voters’ attention just yet.

“While the basic structure of the race is apparent from these early polls, what happens in Texas on March 3 is going to be significantly influenced by the results of the early elections in Iowa, New Hampshire, Nevada and South Carolina,” Shaw said.

The poll also quizzed voters as to who they would vote for between Trump and a specific Democratic candidate in the 2020 elections. Results show that Trump “is clearly the favorite in Texas,” according to Shaw.