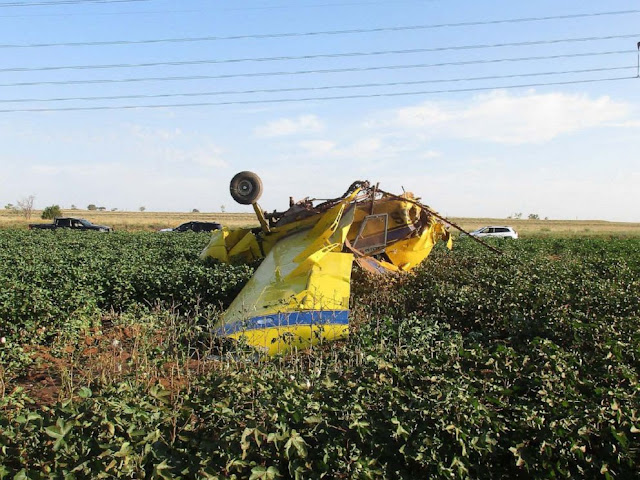 A gender reveal is believed to have caused a recent airplane crash in Texas, according to a National Transportation Safety Board report.

The pilot of the aircraft dumped about 350 gallons of pink water from the plane for a gender reveal on Sept. 7 in Turkey, Texas, the report stated.

The aircraft -- an Air Tractor AT-602 -- sustained damage to the fuselage (the main body of the plane), right wing, and empennage (the tail of the plane), according to the report.

The pilot said there had been no "preaccident mechanical failures or malfunctions with the airplane that would have precluded normal operation."

Two people were aboard the plane at the time. One sustained minor injuries and the other was unharmed, according to the report, which was released on Tuesday.

It is not the first gender reveal to go amiss.

In late October, a 56-year-old woman was killed after a homemade device that was meant to discharge colored powder instead exploded like a pipe bomb and struck the victim in her head, according to authorities.