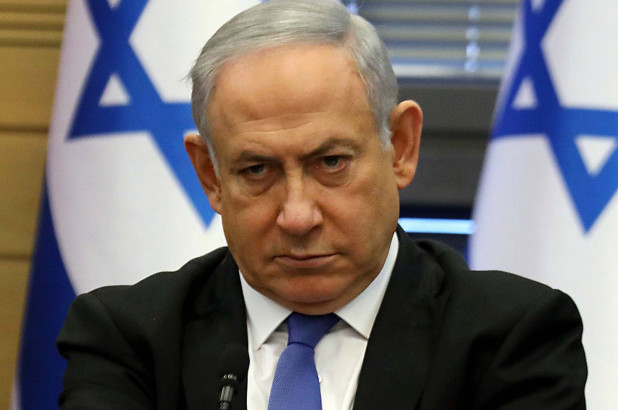 Netanyahu was charged Thursday with bribery, fraud and breach of trust. The indictment follows a four-day hearing last month with the prime minister’s defense team.

The first case, which is considered to be the most serious, accuses Netanyahu of bribery for allegedly engaging in a quid pro quo deal with businessman and media mogul Shaul Elovich in which Netnayahu, during his tenure as communication minister, spearheaded regulations that helped Elovich gain roughly $500 million, Haaretz reported. In return, Netanyahu and his wife allegedly repeatedly requested alterations to Walla News, which Elovich ran, to serve their political interests and undercut their opponents.

The Netanyahus have argued the deal does not constitute a bribe and that they only sought balanced coverage.

The second case accuses Netanyahu and Arnon Mozes, the publisher of the Yedioth Ahronoth newspaper, of trying to limit the circulation of a rival paper in return for favorable media coverage. The case, known as Case 2000, accuses Netanyahu of fraud and breach of trust.

The final case accuses Netanyahu of fraud and breach of trust for allegedly using his public role to receive gifts from Hollywood mogul Arnon Milchan and billionaire James Packer.

Netanyahu could face up to 10 years in prison if he is convicted of bribery and a maximum of three years for fraud and breach of trust.

Netanyahu, Israel's longest-serving prime minister, is not required to step down as a result of the charges. He can ask the parliament for immunity, though that request would have to be considered by a special committee that has not been established due to ongoing gridlock.

The indictment casts further uncertainty over Netanyahu’s political future. Israel appears to be headed toward an unprecedented third election in less than a year after Netanyahu’s chief rival announced Wednesday he would miss a deadline to form a ruling coalition.

The parliament now starts a 21-day period in which it can try to nominate any one of its 120 lawmakers to try and establish a coalition. Should that effort fail, an election would be triggered within 90 days.

If Netanyahu were to win a new election, Israeli President Reuven Rivlin would be forced to decide if he can give Netanyahu the mandate to form the next government given the criminal charges against him.