Medicare for All plan hurting Warren 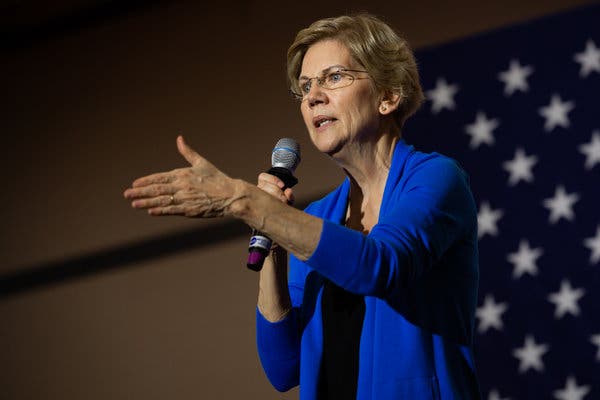 Axios is reporting this morning that, according to NewsWhip data, Massachusetts senator Elizabeth Warren has faced scrutiny on social media after announcing her Medicare for All plan — in particular for falsely claiming that her policy won’t require raising taxes on the middle class to finance it.

A whopping seventy percent of the 50 most-engaging articles on social media — judging by likes, shares, and comments — about Warren’s Medicare for All plan were negative. It’s not terribly surprising, considering that Warren optimistically estimates it will cost somewhere in the ballpark of $2 trillion a year, and yet she insists she’s discovered a magical way to underwrite this program without jacking up taxes on anyone but the richest Americans.

In the wake of her rollout, Warren also has suffered a loss in the polls. On October 8, Warren managed for the first time to overtake former vice president Joe Biden in the RealClearPolitics polling average, making her the first candidate to do so all race.

But ever since, her support has dropped, leaving her more than seven points behind Biden in the RCP average at last count. And there have been other signs of weakness: In the most recent poll of likely voters in the Democratic caucus in Iowa, Warren led by just one point at 20 percent, followed closely by South Bend, Ind., mayor Pete Buttigieg, who had 19-percent support.

Before this dip in the polls, Warren was considered to be in close contention with Biden for frontrunner status, and as he continues to bleed support, she’ll likely stay afloat in the top tier. She could very well end up being the nominee, if only because she appears to be the most electable alternative to Biden. But her decision to make the obscenely expensive Medicare-for-All plan a fixture of her campaign — while obfuscating about its actual costs — may make the road bumpier than her supporters would like.

It’s reasonable to think some voters might’ve noticed how ridiculous this scheme is, that it’s a lie designed to bolster Warren’s reputation for having a plan for everything. And she very well might — but that doesn’t mean she has a plan that works.