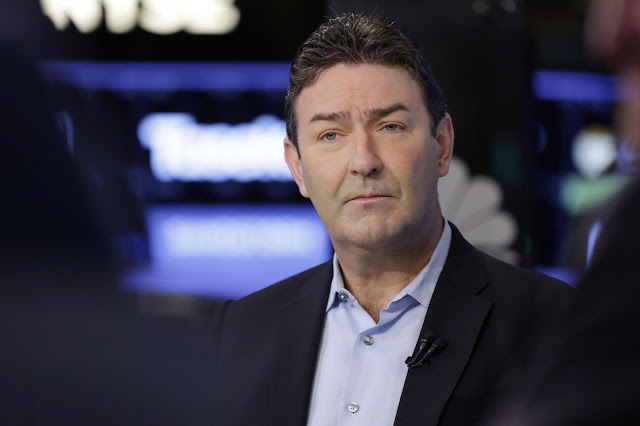 McDonald's announced Sunday it had fired CEO Steve Easterbrook, citing his "poor judgment" over a consensual relationship he had with an employee.

The company's Board of Directors said it had named Chris Kempczinski, most recently president of McDonald's USA, to succeed him.

"Chris takes the reins of this great company at a time of strong, sustained performance, and the Board has every confidence that he is the best leader to set the vision and drive the plans for the Company's continued success," the company said in a statement.

Kempczinski's addition to the company comes as Easterbrook was found by the company's board of directors to have "violated company policy and demonstrated poor judgment involving a recent consensual relationship with an employee."

Kempczinski described himself in the press release as "committed to upholding our rich heritage of serving our customers and driving value for our shareholders and other stakeholders."

"As one of the world's leading brands, McDonald's makes a difference in the lives of people every day. We have a responsibility not only to serve great food, but to make it responsibly and to enrich the communities in which we operate. I am energized by this challenge and look forward to guiding McDonald's continued success," he said.

Easterbrook had been CEO of McDonald's since March 2015 after previously serving as the company's chief brand officer and head of operations in the U.K. and northern Europe.

His Twitter account, which still lists him as the "CEO of @McDonaldsCorp," was private as of Sunday afternoon.