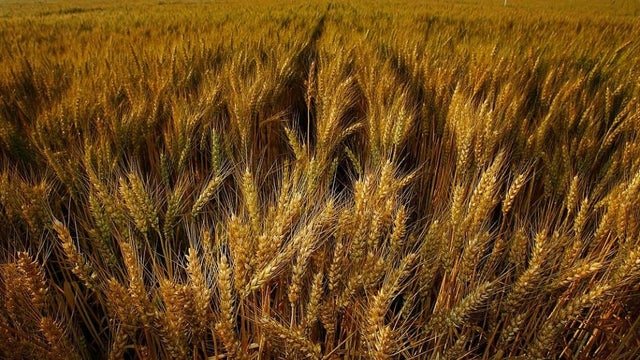 Following government rules is often a tough enough task. But when federal agencies secretly move their own rules’ goalposts and then threaten millions of dollars in fines for noncompliance, it can be devastating.

Ask Jack LaPant. In 2011, the rural farmer in Tehama County, Calif., planted 900 acres of winter wheat on his property. Before he ever put a plow to the soil in his field, he sought the official views of both the U.S. Department of Agriculture Farm Services Agency and the Natural Resources Conservation Service. Both agencies assured him that since growing wheat would be consistent with past use of the land, he could legally proceed as planned.

With approval from those two federal agencies, LaPant thought he was in the clear and set about planting his wheat. More than a year later, however, he was shocked when a third federal agency came knocking on his door. LaPant had never considered consulting the U.S. Army Corps of Engineers, not with the go-ahead from two other farm-governing bodies. The Army Corps, nonetheless, informed him that under the Clean Water Act (CWA), he needed a permit to farm his property.

In reality, although the CWA does require a permit for the discharge of dredged or fill material into “navigable waters,” LaPant’s wheat-planting did not fall into that category. According to Congress, under the CWA, normal farming activities — such as LaPant ’s — are exempt from the permit requirement.

This fact apparently didn’t matter to the Army Corps of Engineers. The agency dismissed the farming exemption for LaPant and proceeded with enforcement action against him.

Today, even though he no longer owns the property, LaPant faces ruinous civil penalties for farming practices he was told he was perfectly within the law to undertake. It is unacceptable that a farmer needs bureaucratic approval of not one, not two, but three separate agencies to avoid prosecution in a country that purports to respect property rights and freedom.

LaPant is not alone. Many property owners across the country long have been victims of confusing, labyrinthine laws and regulations that govern farming. Navigating these rules is difficult at the best of times, but becomes impossible when the controlling agencies fail to speak with a single voice or act consistently within a single statute.

Instead of suing Jack LaPant, the federal government should take responsibility for clarifying and fairly enforcing its web of regulations. Farming’s regulatory regime has made one of the nation’s most respected and essential professions one of the most onerous.

Suing LaPant for trusting the government’s word is unquestionably unfair. He did what the Farm Services Agency and the Natural Resources Conservation Service gave him permission to do. Farmers ought to be able to rely on the word of federal agencies when it comes to implementing government regulations. It is unreasonable to expect small family farmers, who likely cannot afford an army of lawyers, to hunt down and fact-check the permissions of every last federal agency.

When Jack LaPant planted his winter wheat back in 2011, he had no way of knowing that this routine farming practice would result in a federal lawsuit five years after the fact. He and all American farmers deserve transparency and consistency in the regulatory infrastructure governing their profession.

If government agencies persist in contradicting each other, cases such as LaPant’s will become increasingly common. Farmers need to be able to rely on the assurances of federal agencies. And it shouldn’t take a lawyer, or three distinct government agencies, to grant a farmer permission to plant wheat.