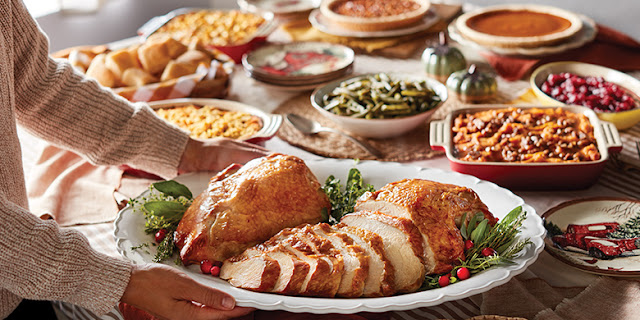 Talking about politics with your family isn’t always easy. So maybe don’t do it at Thanksgiving.

Over the last several years, media outlets — progressive ones in particular, but increasingly mainstream ones as well — have begun to treat the holiday as yet another chance to focus on politics. Often, that takes the form of encouraging readers to use the holiday to educate their less intelligent (read: conservative) family members about what’s actually going on in politics and correct their various bigoted opinions.

Some progressive groups are helpful enough to provide a set of talking points to unleash on intransigent relatives who stubbornly refuse to acknowledge a woman’s intrinsic right to kill her unborn child.

HuffPost, meanwhile, published an article earlier this month preparing readers in advance, a guide to “the environmental impact of your Thanksgiving dinner.” But don’t worry too much about what you’re planning to eat, as long as you’re staying home to eat it: “It turns out that your food isn’t the biggest holiday culprit of carbon dioxide emissions — traveling for the meal is,” the article notes. Guess you’d better tell Grandma she’s on her own in Ohio this year.

For mainstream publications, these articles tend to take the form of “handy tips,” giving readers advice for how to navigate the political conversations that will, supposedly inevitably, arise over pumpkin pie — if not sooner. The Associated Press, for instance, has the following advice: “Worried that impeachment talk could spoil Thanksgiving dinner? An etiquette coach suggests setting aside a room for such discussions and designating a calm relative as a moderator.”

CBS News took the time to interview a Poynter Institute fact-check reporter Daniel Funke for “some tips on how to navigate the dreaded holiday politics chat.” Similar renditions of advice for handling Thanksgiving’s political debates appeared at MSNBC, the Washington Post, USA Today, and Harper’s Bazaar, among others.

While plenty of these articles demonstrate progressives’ inability to concede that conservatives might have anything of merit to add to a political discussion, at Thanksgiving or otherwise, the main problem is much more simple. For most Americans outside the New York–Washington media bubble, Thanksgiving isn’t about politics at all. Sure, at some family dinners impeachment might come up, and for some the conversation might even become unpleasant or divisive. But by and large, the notion that absolutely everything must be focused on politics tends to be confined to a narrow segment of the population, a group that is vastly overrepresented in our media.

Instead of heeding these vacuous tips for how to successfully sway Uncle Bob on impeachment, cordoning off a separate room where relatives can shout at each other, or switching out your turkey for a vegan concoction, remember that Thanksgiving is about gratitude. No matter your opinion of the man in the White House, it shouldn’t be too tough to spend a few hours around the table being grateful for your blessings and the chance to be with the ones you love.