Hillary may have a point 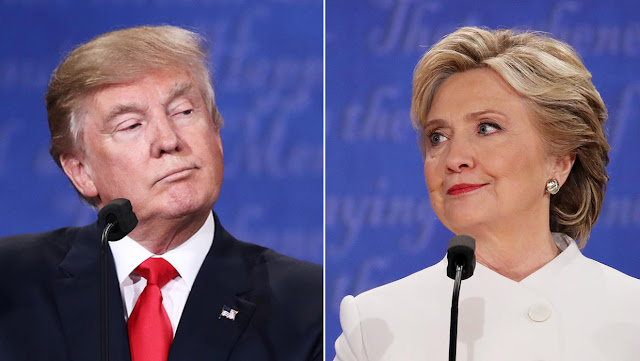 Hillary Clinton contends she is “under enormous pressure from many, many, many people to think about” running for the presidency. It’s almost certain that Hillary is just whipping up attention to promote her new book on “gutsy women.” But the inescapable fact is that Clinton is just as formidable as any of the Democratic party’s frontrunners right now. If she were serious, there would probably be few political barriers to stop her from winning the nomination.

For one thing, she has helped convince a bunch of Americans that 2016 was stolen from her by a toxic confluence of Russian sleeper agents, pushy misogynists, Bernie Bros, Wikileaks, Barack Obama, the FBI, The First Amendment, white grievance, the Electoral College, low-information voters, among many other factors. A rematch, as her case would go, might rectify this historic wrong, healing our nation’s psychic wounds.

Most polls find Hillary running neck and neck with frontrunners such as Joe Biden, whose argument for the candidacy, now that he’s abandoned 40 years of policy positions, is predicated upon the successes of the Obama administration. Well, the same Barack Obama who reportedly dissuaded the former vice president from running on numerous occasions has also argued that Hillary was “the most qualified person” in the entire country to be president. Surely his assessment of the former First Lady, Senator and Secretary of State, hasn’t changed over the past three years. Hillary would immediately undercut Biden’s support, and probably support for many of the “moderates.”

Hillary (72) is younger than either frontrunner Joe Biden (76) or Bernie Sanders (78); younger than Michael Bloomberg (77) or Donald Trump (73). She is less than two years older than Elizabeth Warren. Hillary, whose fundraising efforts netted a record $1.4 billion in 2016, shouldn’t have much trouble raising money.

Of course, many of the same obstacles remain. Clinton’s career is a 30-year excursion into corruption and soulless political triangulations. But as Philippe Reines, one-time Hillary advisor, recently told Tucker Carlson that Hillary, “if she thought she had the best odds of beating Donald Trump, I think she would think about it long and hard . . .” I’m sorry, there’s simply no way that Hillary doesn’t already view herself as a more potent political force than the gaggle of Democrats now running. And maybe she has a point.