GOP ignoring its own hypocrisy 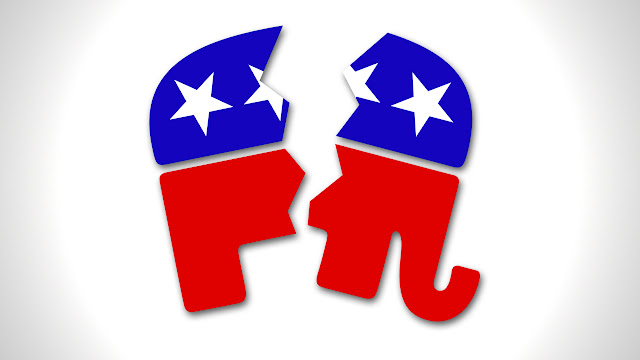 Political movements often run out of gas, but rarely do they stomp on the brakes and shift in rapid reverse. This month marks the ninth anniversary of the virtual Tea Party takeover of Congress. In 2010, more than 40 Tea Party Republicans were elected to the House promising to, among other things, lower national debt, reduce the power of the federal government, and support an originalist interpretation of the Constitution.

Now the Tea Party is essentially over, the movement degraded by its own hypocrisy.

The suffrage movement crystallized back in 1848, when the Seneca Falls Convention demanded voting rights for women in the United States. It lagged during the Civil War but made a resurgence that climaxed in 1920 when the 19th Amendment was ratified.

The modern anti-war movement started in February 1965, when American planes began bombing North Vietnam and more than 40,000 young men were being drafted every month. Soon, hundreds of thousands across the country were marching against the war. Draft cards were burned, and universities were inflamed. But when American forces began to withdraw from Vietnam in the 1970s, the movement quieted.

The Occupy Wall Street movement began in September 2011, spreading to more than 100 cities. Now the occupiers have mostly vanished. Some have moved on. Others have brought their energy to the likes of Bernie Sanders or “The Squad.” But the Tea Party is different. It never achieved its policy goals, but it did not lose its energy. Rather, its leaders decided that the best course forward would be the twisting path of partisan hypocrisy.

Last month, the Treasury Department announced that the federal budget deficit swelled to nearly $1 trillion this year. In fact, the deficit has grown nearly 50 percent in under President Trump. But the same Republican Party that frothed about deficits under President Obama now drools slavishly at the excesses of President Trump. Suddenly, deficits no longer seem to matter. Red ink is not an organizing political principle when it is Republican red.

Or consider the Republican opposition to the heavy hand of the federal government, at least when that hand belonged to President Obama. His executive orders were despotic and dictatorial. “State rights!” thundered Tea Party governors, attorney generals, and state legislators. But when the Trump administration moved to revoke automobile emissions rules by the state of California, the GOP fell into a state of deafening silence.

An originalist interpretation of the Constitution? Imagine the storming of town halls and emergency declarations on Fox News had Obama said, “I have an Article Two authority where I have the right to do whatever I want as president,” as Trump has said. GOP leaders responded like sheep.

Principled political movements on both the left and right find natural bridges to the next great cause. The Republican Party has hurled its principles off of a cliff.