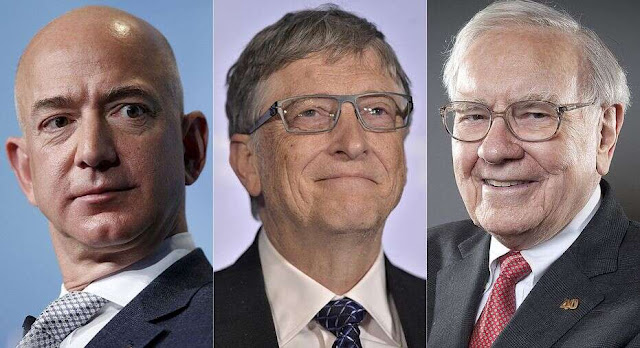 At this political moment, billionaires are not the most popular group of people. Listen to the public debate and you would think they are bad for society. It has been said that “every billionaire is a policy mistake.” Senator Warren finds them so displeasing that she suggests — in a failed stab at something — drinking their tears. She wants “billionaires to stop being freeloaders.”

Never to be outdone, Bernie Sanders argues that “we live in a nation owned and controlled by a small number of multi-billionaires whose greed, incredible greed, insatiable greed, is having an unbelievably negative impact on the fabric of our entire country.”

In a 2004 paper, economist and Nobel laureate William Nordhaus set about the task of estimating how much innovators themselves gain from the technological advances they create. Using data from 1948–2001 and a model he built, Dr. Nordhaus found that “only a miniscule fraction of the social returns from technological advances” accrued to innovators. “Most of the benefits of technological change are passed on to consumers,” he concluded.

Specifically, he found that innovators capture 2.2 percent of the total social value of their innovations.

Let’s use his estimate to make some back-of-the-envelope calculations of the dollar value by which society has benefited from a few specific innovators.

According to the most recent Forbes 400 list, Jeff Bezos is worth $114 billion. This implies that the total value Mr. Bezos has created for the rest of society adds up to $5.2 trillion.

Bill Gates has created $4.8 trillion for the rest of society.

I could go on, but you get the point.

I need to stress that these numbers are very back-of-the-envelope. There are a lot of assumptions going into the calculation. And I am using total net worth, which is driven by many factors.

Still, these calculations capture the essence of what is going on: Innovators add a lot of value to society. Yes, the most successful innovators enjoy tremendous wealth. But their contributions to the rest of society are much, much larger than their personal fortunes. They personally enjoy a tiny fraction of the overall social value they create.

By succeeding in the market, these innovators have increased the wealth of society by leaps and bounds. Note that they have done this before paying a dime in taxes. They do pay taxes, of course. But their tax payments are a minuscule component of what they’ve provided society as a whole.

This Thanksgiving, be grateful for them — and for the free enterprise system that allows the rest of us to benefit from innovation more than the innovators themselves.