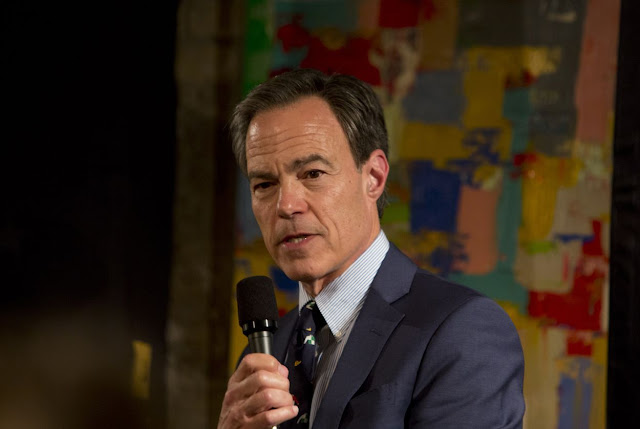 Joe Straus, the Republican former speaker of the Texas House, called on the U.S. Supreme Court on Tuesday to protect LGBTQ people against workplace discrimination.

"As a lifelong Republican, I believe all Americans should have the opportunity to work and the freedom to go about their daily lives without the fear of discrimination," Straus wrote in an op-ed for Newsweek. “Some of the most prominent Republican-appointed federal judges in the country have already recognized that existing federal civil rights laws extend to gay and transgender Americans."

The Supreme Court should do the same, he wrote.

Straus retired from the Texas Legislature after opting not to run for reelection in 2018. In his last legislative session in 2017, his opposition helped kill a measure that came to be known as the "bathroom bill," which would have banned local policies that ensured transgender individuals’ rights to use public and school restrooms that match their gender identity.

In the op-ed Straus, gave two reasons for his continued opposition of anti-LGBTQ legislation: economic risk — citing lower employee productivity, higher turnover and millions of dollars lost across Texas in 2016 from canceled events due to debates about the “bathroom bill” — and protection of an already marginalized group.