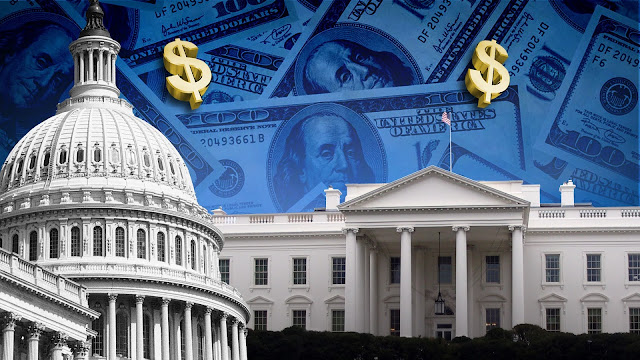 The Federal deficit reached $134 billion in October, the first time it's done so in the 2020 fiscal year alone, according to data the Treasury department released Wednesday.

That figure is 34 percent higher than last October, a sign of a steadily increasing gap between federal spending and revenue.

As a candidate, President Trump had promised to wipe out the nation’s debts during his time in office, but deficits have only grown since his inauguration.

The Treasury estimated that the deficit for the 2020 fiscal year would surpass $1 trillion for the first time since 2012. The figure came in just below that milestone in fiscal year 2019, hitting $984 billion.

The deficit has spiked following the GOP tax law and multiple bipartisan agreements to increase spending on defense and domestic programs.

The nation's overall debt level surpassed $23 trillion for the first time this month.

Higher deficits and a growing debt load can raise interest rates and limit the tools policymakers have to fight a recession. They also extract financing costs. In October, for example, the government spent $33 billion on financing the debt, about a quarter of the month’s overall deficit.