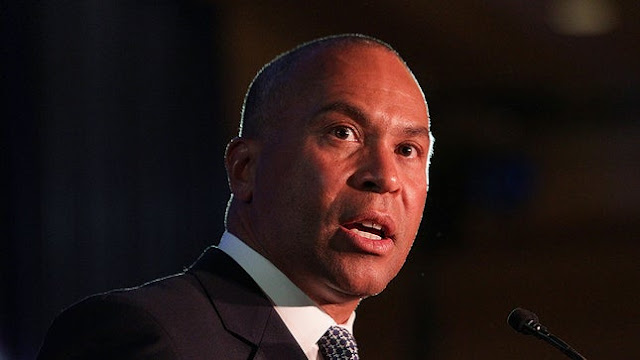 Former Massachusetts Gov. Deval Patrick (D) announced early Thursday that he will run for president, entering a crowded and fluid race for the Democratic nomination. He made the announcement in a video while posting a 2020 campaign image on Facebook.

His announcement comes ahead of the deadline to register in the New Hampshire primary on Friday, a state in which Patrick hopes to be competitive after serving two terms as governor of a neighboring state.

The Democratic race for the nomination so far has seen former Vice President Joe Biden struggle as a front-runner, as Sens. Elizabeth Warren (D-Mass.) and Bernie Sanders (I-Vt.) challenge him from the left.

The lack of a clear favorite among the centrist candidates, with South Bend, Ind., Mayor Pete Buttigieg running fourth, is seen as encouraging moderates such as Bloomberg and Patrick to enter the race.

The evolving race showcases the angst felt by some Democrats worried that Warren and Sanders could lose a general election against President Trump.

Patrick had ruled out a 2020 bid last year, citing the impact a presidential run could have on his family.

But he has reached out to Democrats recently arguing he could bring liberal and moderate Democrats together.

He will likely face an uphill climb in the primary, given his late entry

Historically, candidates who have entered presidential primaries late do not last long, and Patrick will not have as much time to amplify his campaign in early primary and caucus states.

He could see an opening in New Hampshire, and could make inroads in South Carolina’s primary as an African-American.

Biden has led in South Carolina and is seen as the favored candidate for African American Democrats, despite the presence of Sens. Cory Booker (D-N.J.) and Kamala Harris (D-Calif.), both of whom have struggled in the race.