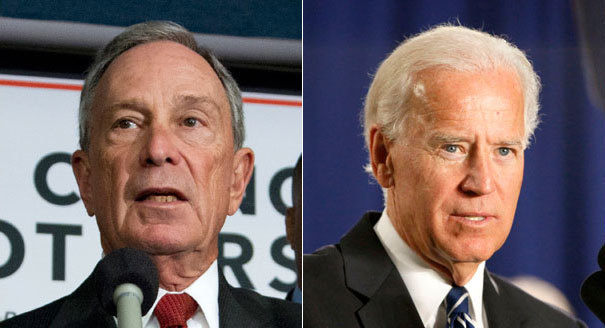 What is the worst-case scenario for Democrats in their upcoming primary? Is it a contested primary all the way to the convention, where no candidate gets enough delegates to secure the nomination on the first ballot? Maybe. But those scenarios tend to result in “unity tickets,” which might be the best bet to ensure neither the centrist wing nor the progressive wing feels left out in the cold.

Is it Joe Biden hanging on, leaving a lot of progressives disappointed and uninspired, a sense that they’re counting on a man who just turned 77, and who’s looked not so sharp in the debates, to beat Trump? It’s not hard to imagine a “grumpy old men” general election, where Trump is his usual wildly unpredictable self with raucous, incendiary rallies, and Biden responds with his own meandering stories about “Corn Pop,” implausible anecdotes, un-woke language, cringe-worthy gaffes, and repeated insistence that his son did nothing wrong by joining Burisma’s board.

With Elizabeth Warren tumbling fast, Bernie Sanders locked in around the high teens in most places, and Pete Buttigieg still a long way from frontrunner status, Biden stumbling his way to the nomination doesn’t seem so implausible. Lots of people comment on how Buttigieg is struggling to gain support among African Americans, but Warren and Sanders aren’t doing that much better than him among this demographic.

But there’s one other new factor that could make things go even worse for Democrats. I don’t think Mike Bloomberg can be the king, but he could become the kingmaker. Having $30 million or so to spend on television advertising every week means Bloomberg can more or less take a sledgehammer to any rival whenever he wants.

For Democrats, the nightmare scenario is that Bloomberg spends his millions tearing down anyone in his way, driving up voter disapproval of all the other candidates, but proves too unpopular to win the nomination himself — leaving the party angry and full of recriminations as Biden accepts the nomination on July 16 of next year.