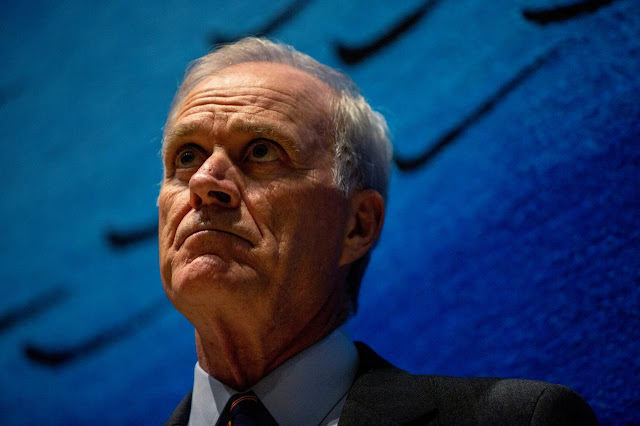 Defense Secretary Mark Esper on Sunday asked for the resignation of Navy Secretary Richard Spencer over his handling of a controversial war crimes case.

Esper told The Washington Post in a statement Sunday that he was "deeply troubled" by reports that Spencer had reached out to White House officials promising that an accused Navy SEAL would be allowed to retire as a SEAL despite his conviction for posing with the corpse of a slain enemy combatant.

"Unfortunately, as a result I have determined that Secretary Spencer no longer has my confidence to continue in his position," Esper told the newspaper, adding, "I wish Richard well.”

Spencer submitted his resignation later on Sunday, and said in a lengthy letter that he and President Trump disagreed on the nature of the rule of law.

"I cannon in good conscience obey an order that I believe violates the sacred oath I took in the presence of my family, my flag, and my faith," he said, while not specifying the order from Trump to which he referred.

Spencer's ouster comes after President Trump indicated on Twitter that he was displeased with the Navy's handling of the case of Mark Gallagher, the Navy SEAL who was also acquitted of murder in the same trial.

"The Navy will NOT be taking away Warfighter and Navy Seal Eddie Gallagher’s Trident Pin. This case was handled very badly from the beginning. Get back to business!" he tweeted.

A Pentagon spokesman added in a statement that Spencer's offer, which he said was conditional on the president not interfering in Gallagher's proceedings, was "contrary to Spencer's public position" on the issue.

That offer was kept secret from Esper, the spokesman added, despite multiple conversations between the two officials about Gallagher's case.

Kenneth Braithwaite, the current U.S. Ambassador to Norway, has been recommended to fill Spencer's role, according to the statement.