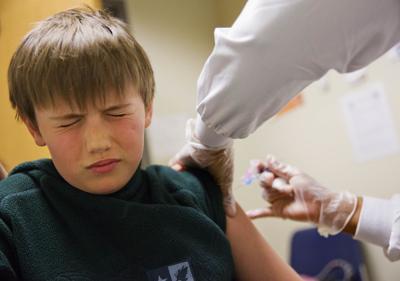 Most Texas regions have reported increased flu activity, according to the state Department of Health Services (DSHS).

“Due to regional increase,” the Centers for Disease Control (CDC) increased the classification of Texas flu activity from moderate to high.

DSHS announced that flu activity “continues to rise and is at an above-average level.”

The department also announced free resources and access to information about receiving a flu vaccine.

The department’s latest flu report included the state’s first child death associated with the flu. A 5-year-old child from the Rio Grande Valley area, who did not receive a flue vaccine, died from the flu, according to the agency.

This month, Tarrant County’s Public Health Department chief epidemiologist said the county was “a little bit ahead” of previous years.

According to the CDC, the most at risk for getting the flu are young children, pregnant women and individuals 65 years or older. Those suffering from chronic medical conditions like heart disease or asthma are also more susceptible.