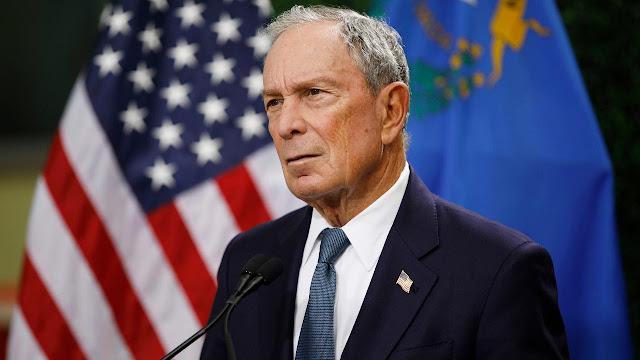 "We cannot afford four more years of President Trump’s reckless and unethical actions," Bloomberg said in a statement. "He represents an existential threat to our country and our values. If he wins another term in office, we may never recover from the damage."

Bloomberg's statement said he will focus on creating jobs, providing health care, ending gun violence, combating climate change, adjusting the immigration system and increasing taxes on the wealthy "like me."

The release also said Bloomberg will not accept donations and will fund his campaign on his own.

The announcement follows weeks of speculation about whether he would launch a campaign and comes shortly after he dropped his first ad, which ABC News reported aired Saturday night in Tallahassee, Fla.

The 60-second spot, part of a $31.5 million ad buy, targets President Trump directly, saying Bloomberg is “taking on, him – to rebuild the country and restore faith in the dream that defines us, where the wealthy will pay more in taxes and the middle-class get their fair share.”

The ad, titled "Rebuild America," describes Bloomberg as a "jobs creator," "leader" and "problem solver," who as a "third-term mayor" helped bring New York City "back from the ashes" of 9/11.

Advertising Analytics confirmed Saturday Bloomberg's multi-million dollar ad campaign would air in 98 local markets and some national cable channels in the most expensive ad purchase from any candidate in one week of political advertising. The former mayor's ad filmed by Kantar/CMAG is expected to run through the holiday weekend until Dec. 2.

CMAG told ABC News that the candidate is spending at least $37 million in ad buys in states like California, New York, Florida, Texas and Illinois, including $29.3 million in local broadcasts.

The former mayor originally removed himself as a contender for the Democratic primary seat earlier this year when he announced he would not launch a campaign, after deciding former Vice President Joe Biden would be a clear frontrunner.

In recent weeks, polls have brought Biden's frontrunner status into question, prompting anxiety within the Democratic party about the possibility of nominating a candidate who won't be able to defeat Trump.

This anxiety sparked rumors of Bloomberg's run as the former mayor began to spend money on a 2020 campaign, including a $100 million digital ad campaign critiquing the president in key swing states. Bloomberg officially filed a statement of candidacy Thursday with the Federal Election Commission.

Other candidates like Sen. Bernie Sanders (I-Vt.) have condemned Bloomberg for his ad buy and for using money to influence the political process.