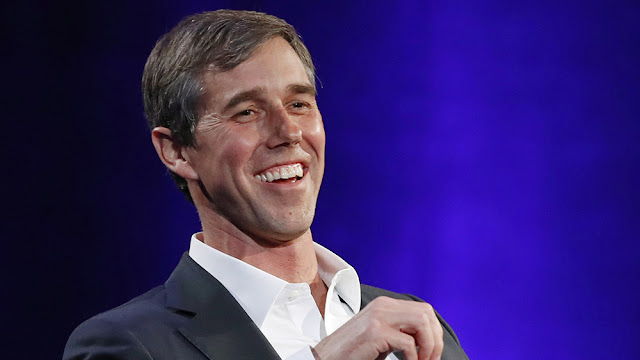 Former Rep. Beto O’Rourke (D-Texas) announced Friday that he would drop out of the presidential race, ending what was once thought to be a potential leading 2020 Democratic bid that failed to garner the same enthusiasm that surrounded his Senate campaign last year.

O'Rourke said in a post on the website Medium that it had become clear he did not have the means to keep his campaign afloat, an acknowledgement of the financial struggles the former Texas congressman has faced in recent months.

O'Rourke sought to tout his influence on the Democratic race Friday evening while speaking to about 200 supporters huddled in a park alongside the Des Moines River in Iowa, where he was slated to appear at the state party's Liberty and Justice Dinner.

“We have to clearly see at this point that we do not have the means to continue this campaign successfully,” O’Rourke told supporters, many of whom were seen hugging and crying.

O'Rourke maintained that his White House bid had influenced others still in the race by calling for stricter gun control laws, a more robust approach to taking on climate change and an effort to campaign in cities across the country that are usually overlooked by presidential candidates.

“Though this is the end of this campaign, we are right in the middle of this fight,” O’Rourke said. “I will still be part of all the causes that brought us together here in the first place.”

O’Rourke’s formal exit from the race was delayed several minutes as his campaign team raced to fix a broken press box so television cameras camped in the park could carry his announcement live.

The announcement marked a relatively quiet end to a campaign that was met with much fanfare when it began more than seven months ago.

The former congressman launched his bid in March following months of speculation over whether he would seek the White House or challenge Sen. John Cornyn (R-Texas) in 2020.

But his campaign never gained the kind of traction that his 2018 Senate bid against Sen. Ted Cruz (R-Texas) did.

O'Rourke mounted an effort in August to reboot his candidacy following a deadly mass shooting in his hometown of El Paso, Texas, staking out liberal positions on issues like gun restrictions that outdid those of even the most progressive presidential candidates.

For months, he languished in the low-single digits in both national and early-state polls. Meanwhile, his financial situation became increasingly dire. He raised just under $4.5 million in the third fundraising quarter, all the while spending nearly $6.5 million.

He ended the quarter with roughly $3.3 million the bank, putting him well behind the primary field’s top-tier contenders. Sen. Bernie Sanders (I-Vt.), by comparison, reported having more than $33.7 million on hand, while Sen. Elizabeth Warren (D-Mass.) had just under $23.4 million.

At the same time, O’Rourke was at risk of missing the Democratic primary debates in November and December.

O’Rourke joins more than a half-dozen candidates who have dropped out of the race this year, including Washington Gov. Jay Inslee, Sen. Kirsten Gillibrand (D-N.Y.) and New York City Mayor Bill De Blasio.

O’Rourke fans preparing to welcome their candidate at the Iowa Democratic Party’s Liberty and Justice Dinner on Friday consoled each other under rain-darkened skies. Supporters had been chanting and cheering since before dawn. Once he dropped out, several volunteers gathered some of the hundreds of yard signs littering the sidewalks of downtown Des Moines.

It’s unclear what’s next for O’Rourke. He has said that he will not mount a Senate bid in 2020, and a handful of Democrats have already jumped in the race to challenge Cornyn.