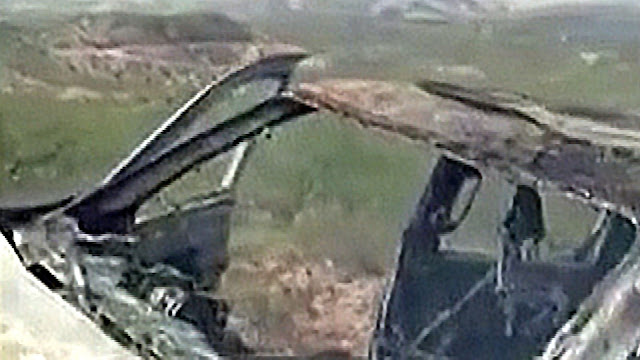 At least 9 Americans with dual U.S.-Mexican citizenship were killed in an ambush attack near the border between the two countries, CNN reported Tuesday citing relatives of the victims and Mexican authorities.

A relative of the victims told the news network that nine family members, who are part of a Mormon community, were killed while traveling near the border.

Three vehicles traveling between the Mexican states of Sonora and Chihuahua were attacked by criminal groups, the Attorney General of the State of Chihuahua Cesar Peniche Espejel indicated in a statement Tuesday, according to CNN.
Peniche Espejel reportedly said due to the remote location of the attack it has “not been possible to specify an official” total number of victims. Authorities in the state of Sonora have not confirmed the number of deaths, according to CNN.

Victims were mostly women and children and minors found with injuries, Peniche Espejel's statement reportedly said. CBS News reports that at least 6 of the victims were children.

Sonora Governor Claudia Pavlovich tweeted that the state is cooperating with the investigation.

“I don't know what kind of monsters dare to hurt women and children,” she said, according to a Google translation of the tweet.

Alex LeBaron, who said he lost family members in the attack, told CNN the vehicles were targeted. He told the outlet the attack killed three women, four small children and two infants.