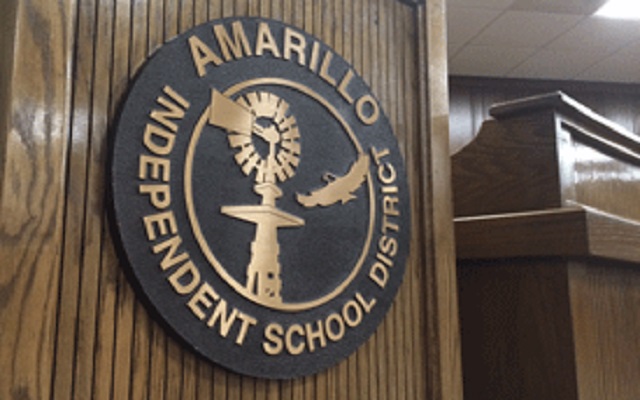 In honor of Veteran’s Day, the November School Board meeting started off with a patriotic performance by a combined show choir from Amarillo, Caprock, Palo Duro and Tascosa high schools.

Jay Barrett, Principal of the Amarillo Area Center for Advanced Learning discussed how AACAL connects with the community through internships and advisory boards.  AACAL instructor Katie Smith-Little introduced several senior student interns who spoke about their internships and introduced their adult mentors.

In his Superintendent’s Report, Mr. Loomis showed a video stating the need for a career and technical education (CTE) center in Amarillo.  Last month, the Board approved the hiring of Corgan Architects to begin designing Phase 1 of the multi-faceted career center, to be housed in the former Hastings warehouse building on Plains Blvd.  Also as part of the Superintendent’s Report, Communications Director Holly Shelton gave an overview of the new Parents + Schools InSync initiative which is a multi-media approach that aims to engage parents in working together with schools to build early literacy skills in their children.

Trustees approved a clean audit report for the District’s funds and accounts for 2018-2019, and they approved the tax rolls for Potter County.  Randall County’s tax roll was approved last month.  The combined tax levy for Potter and Randall counties, based on current property values and this year’s AISD tax rate of $1.169 per $100 of property valuation, is $107,088,138, about $200,000 less than last year.  The tax levy represents the total revenue AISD expects to receive from local taxpayers for 2019-20.

The Board also approved an increase in the contingency amount for a bond package at Amarillo and Tascosa high schools and Coronado and Park Hills elementary schools.  Unexpected roofing conditions uncovered during the bond project renovation of the Commons area at Amarillo High is requiring roof and ceiling replacement, at an extra $350,000 cost beyond the original budget.

The Board accepted the resignation of trustee Cristy Wilkinson, effective immediately.  Mrs. Wilkinson served as a teacher and administrator in AISD for over 37 years, including as Early Childhood Education Coordinator for 14 years.  She retired from AISD in 2015 and was elected to the School Board in May 2017.  She had served as the Board’s vice president since May 2019.  Trustees elected David Nance to take Wilkinson’s place as vice president and they approved a process to fill the vacancy on the Board.  Those interested in being appointed to fill the unexpired term may submit an application, essay and resume by Noon on Tuesday, November 26.