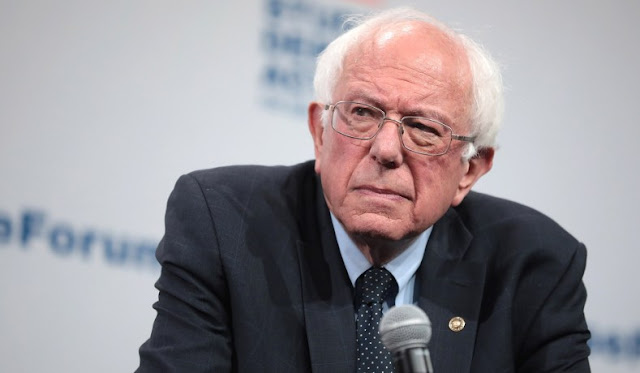 Hopefully, Bernie Sanders will make a quick and full recovery from surgery that inserted two stents to address a blockage in an artery. Senior adviser Jeff Weaver said Sanders is “conversing and in good spirits. He will be resting up over the next few days. We are canceling his events and appearances until further notice, and we will continue to provide appropriate updates.”

Sanders isn’t going to win or lose the nomination because of a couple of days off the trail in October. And if he’s up and able to participate in the next Democratic primary debate on October 15 at Otterbein University in Westerville, Ohio, he will undoubtedly get a roaring welcome. It’s easy to picture all of Sanders’ rivals taking it easy on him that night.

On the other hand . . . Sanders turned 78 last month. If he wins the nomination, he’ll be seeking election as a 79-year-old, and if he won the general election, he would be the country’s first octogenarian president. (The phrase often used to describe running mates is that they’re “a heartbeat away from the presidency”; Sanders’ running mate would get extraordinary scrutiny.)

Sanders is a pretty vigorous guy for his age, but the presidency takes its physical and mental toll on every occupant. If any Sanders supporter was looking for an excuse to get off the bandwagon, maybe this latest health scare stirs them to jump to Elizabeth Warren or another candidate. The announced postponement of Sanders ad purchases will, fairly or not, be interpreted as a sign that whatever Sanders is dealing with, he may not be up and back to campaigning in a short time.

Whatever happens next, it’s likely to be consequential. This health issue will either be the galvanizing moment for his supporters or a key signal that it just wasn’t meant to be.