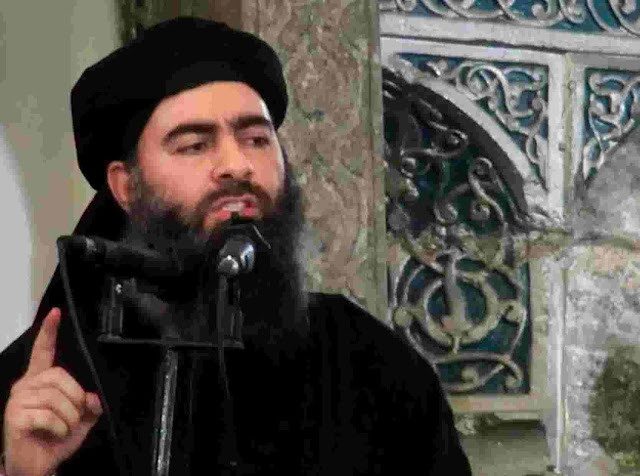 The Washington Post is facing backlash after a headline characterized the Islamic State leader who was killed in a U.S. raid over the weekend as an "austere religious scholar." The headline was quickly changed, but critics say it sugar coated the terror inflicted by Abu Bakr al-Baghdadi.

President Donald Trump announced Sunday morning that al-Baghdadi was killed when he detonated a vest he was wearing after being cornered by U.S. forces on Saturday evening.

The Post article says that when al-Baghdadi first rose as a leader of ISIS, he was a relatively unheard of "austere religious scholar with wire-frame glasses and no known aptitude for fighting and killing."

As of Monday morning, the headline was "Abu Bakr al-Baghdadi, extremist leader of Islamic State, dies at 48."

As noted later in the article, al-Baghdadi encouraged followers to commit acts of violence and terror. He was also perhaps the most wanted terrorist leader in the world and the highest ranking since the death of Osama bin Laden in 2011.

A spokesperson for the paper, Kristine Coratti Kelly, later tweeted "Regarding our al-Baghdadi obituary, the headline should never have read that way and we changed it quickly."

Critics including members of Trump's family and Republican officials quickly accused The Washington Post of softening its description of al-Baghdadi out of disdain for the president.

Coratti Kelly also told CNN in a statement that "Post correspondents have spent years in Iraq and Syria documenting ISIS savagery, often at great personal risk. Unfortunately, a headline written in haste to portray the origins of al-Baghdadi and ISIS didn't communicate that brutality. The headline was promptly changed."