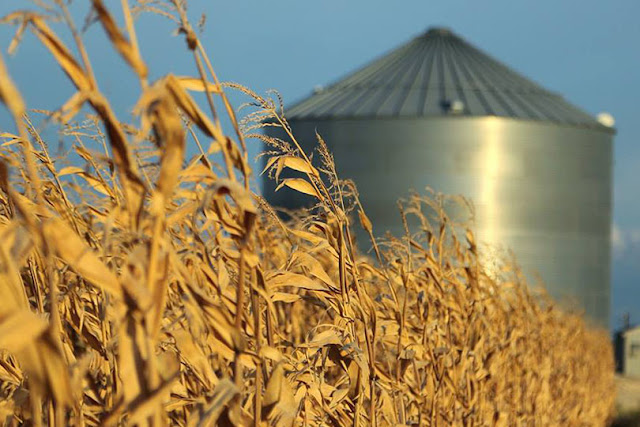 Despite challenges from Mother Nature, farmers produced over 50 percent more corn and grain sorghum in Texas this year.

According to the U.S. Department of Agriculture (USDA), 291 million bushels of corn were produced in Texas this year.

About 2.05 million acres of corn were harvested for grain in Texas this year. That’s up 17 percent from last year.

Yields are up 22 bushels an acre from last year and five bushels per acre from 2017.

About 1.4 million acres of grain sorghum were harvested for grain in Texas this year, which is up four percent from last year.

About six million acres have been harvested in Texas this year. That’s up 38 percent from 2018.

Growers are forecast to produce 495 million pounds of peanuts this year.

Nearly 700 million pounds of peanuts were grown in Texas in 2017.

Harvested acreage is forecast up three percent to 150,000 acres.

Texas soybean production is forecast to fall for the fourth year in a row.

Harvested acreage is forecast at 68,000 acres, which is 50 percent lower than last year.

The flooding brought on by Tropical Storm Imelda in September will likely lead to a reduction in Texas rice production this year.

The storm impacted many growers’ ratoon, or second, crop.

Yields are forecast to average 7,600 pounds per acre.

That’s down 370 pounds from last year.

Harvested acreage is forecast down 19 percent from last year at 154,000 acres.

Texas growers are forecast to produce fewer grapefruits and more oranges in the 2019-2020 season.

Grapefruit production is forecast at 5.7 million boxes. If realized, that’s down seven percent from the 6.1 million boxes produced in Texas last year.

All orange production in Texas is estimated at 2.7 million boxes, which is up eight percent from the 2.5 million boxes produced last year.

Harvest continues for crops like corn, grain sorghum, cotton and peanuts across parts of Texas.