US to deploy troops, aircraft, missile systems to Saudi Arabia 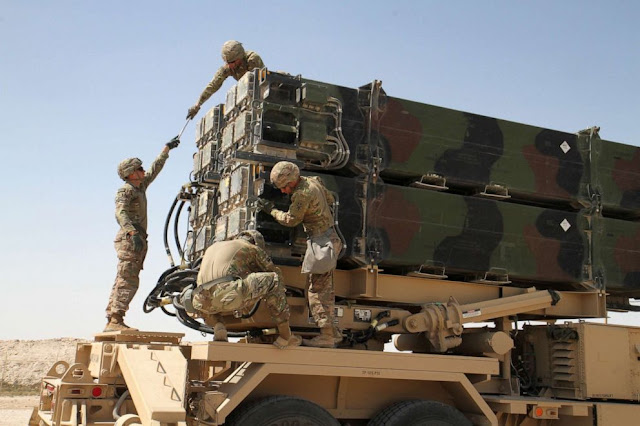 The Pentagon announced Friday that the U.S. will deploy additional personnel, aircraft and missile defense equipment to Saudi Arabia in response to Iranian aggression.

“As we have stated, the United States does not seek conflict with the Iranian regime, but we will retain a robust military capability in the region that is ready to respond to any crisis and will defend U.S. forces and interest in the region,” Hoffman said.

“Taken together with other deployments this constitutes an additional 3,000 forces that have been extended or authorized within the last month,” Hoffman said.

The Pentagon said at the time that the equipment would “augment the kingdom's air and missile defense of critical military and civilian infrastructure.”

Esper last month announced that “all indications are that Iran was responsible for the attack” on the two Saudi oil refineries, which were hit by drones and cruise missiles on Sept. 14, disrupting about 5 percent of the world’s supply of oil.

Speaking to reporters on Friday, Esper said "it is clear" that the Iranians were responsible for the recent attacks of Saudi Arabian oil facilities.

"Our international partners agree, including the United Kingdom, France and Germany, who have said so publicly," he said during a press conference at the Pentagon. "Despite Iran’s attempts to deny their involvement, the evidence recovered so far proves that Tehran is responsible for these attacks. Iran’s continued maligned behavior, is part of its larger campaign to destabilize the Middle East and disrupt the global economy."

Yemen’s Iran-backed Houthi rebels took responsibility for the strikes, but the Trump administration quickly blamed Iran for the attacks. Tehran has denied involvement.

The U.S. military has about 70,000 personnel across the region, including naval deployments.