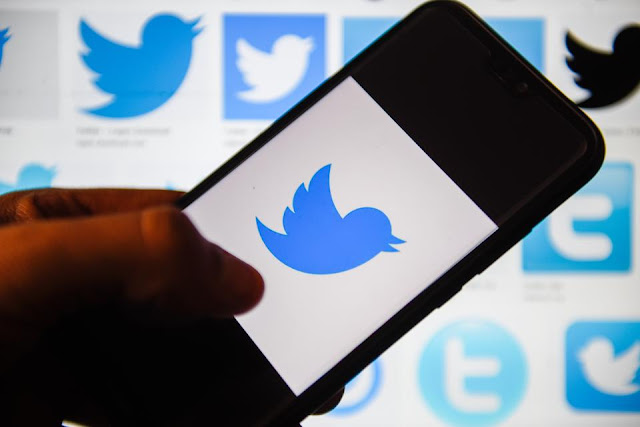 The announcement comes amid ongoing controversy over rival Facebook's decision to allow misinformation in political advertising, a move decried by top Democrats over recent weeks.

Dorsey said Wednesday afternoon that Twitter's stance from now on will be that "political message reach should be earned, not bought."

"We’ve made the decision to stop all political advertising on Twitter globally," Dorsey wrote in a Twitter thread. "A political message earns reach when people decide to follow an account or retweet. Paying for reach removes that decision, forcing highly optimized and targeted political messages on people. We believe this decision should not be compromised by money."

Twitter's announcement comes as Facebook, a much larger rival and dominant player in digital advertising, faces a whirlwind of controversy over its own policies concerning political ads.

Facebook, though, says it will not fact-check political ads from public officials or candidates.

That stance has led 2020 Democratic presidential candidates, lawmakers in the House and Senate, activist groups, and even Facebook employees to accuse the social media giant of profiting from and helping to spread misinformation.

Facebook CEO Mark Zuckerberg maintained at a congressional hearing earlier this month that the platform runs political ads out of a desire to promote public discourse, but the company's decision to double down on its policies has brought more criticism.

Twitter in its announcement Wednesday sought to differentiate itself publicly from Facebook, as Dorsey specifically took issue with some of the rhetoric Zuckerberg has used around "free expression" to justify its positions to run political ads.

"It's not credible for us to say: 'We’re working hard to stop people from gaming our systems to spread misleading info, buuut if someone pays us to target and force people to see their political ad…well...they can say whatever they want!'" Dorsey wrote in a clear jab at Zuckerberg, about an hour before a Facebook earnings call.

Google and Facebook have the largest pieces of the digital advertising market. But Twitter is an important platform for candidates and issue groups to run campaigns promoting their views. An analysis of online political advertising from New York University found that Facebook and Google each rake in tens of millions of dollars in political ad spending per year, while Twitter received $1 million between the end of 2016 and October 2018.

But Twitter's move to ban all political ads will likely allow the company to curry favor with a broad swath of Democrats who have been critical of Facebook over its controversial policies. Former presidential candidate Hillary Clinton on Wednesday tweeted, "This is the right thing to do for democracy in America and all over the world. What say you, @Facebook?"

"This is a good call. Technology - and social media especially - has a powerful responsibility in preserving the integrity of our elections," she tweeted. "Not allowing for paid disinformation is one of the most basic, ethical decisions a company can make."

In his Twitter thread, Dorsey also called for "more forward-looking political ad regulation," noting that it is "very difficult to do."

Since the 2016 presidential election, lawmakers in the House and Senate have weighed proposals and introduced legislation around online political advertising.

"This isn’t about free expression," Dorsey wrote. "This is about paying for reach. And paying to increase the reach of political speech has significant ramifications that today’s democratic infrastructure may not be prepared to handle. It’s worth stepping back in order to address."