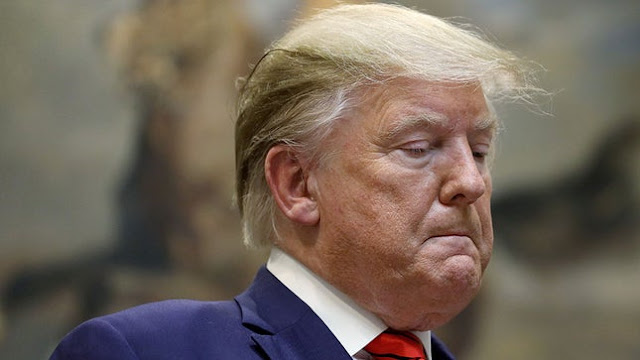 Congressional Republicans appear poised to hand President Trump a stinging rebuke of his Turkey and Syria policy when lawmakers return to Washington this week.

GOP lawmakers, furious over Trump’s decision to withdraw troops to make way for a Turkish offensive against Kurdish allies, are preparing legislation that would force the administration to impose sanctions on Turkey.

Treasury Secretary Steven Mnuchin announced Friday that Trump would sign an executive order giving the Treasury Department “very significant” new sanctions authorities against Turkey, but it’s unclear whether the move will be enough to placate Republicans on Capitol Hill.

“We are witnessing ethnic cleansing in Syria by Turkey, the destruction of a reliable ally in the Kurds, and the reemergence of ISIS,” Graham tweeted after Friday’s announcement.

“The conditional sanctions announced today will be viewed by Turkey as a tepid response and will embolden Erdogan even more,” he added, referring to Turkish President Recep Tayyip Erdoğan. “The Turkish government needs to know Congress will take a different path – passing crippling sanctions in a bipartisan fashion.”

Graham, alongside Sen. Chris Van Hollen (D-Md.), is expected to introduce harsh sanctions against Turkey this week as a punishment for its incursion into northern Syria against the Kurds, longtime allies of the U.S.

It’s not yet known whether their bill will get a floor vote; a spokesman for Senate Majority Leader Mitch McConnell (R-Ky.) said Friday he had no “updates or guidance on this right now."

But more and more Republicans are coming out in support of sanctions against Turkey, a NATO ally, as it bombs Kurds who were instrumental in the U.S.-led fight against ISIS, raising the possibility that Congress will pass veto-proof legislation rebuffing Trump’s foreign policy.

“I want to co-sponsor that resolution,” Sen. Martha McSally (R-Ariz.), who is up for reelection next year, said in an interview with Fox News. “We cannot have a supposed ally who is continuing to go in the wrong direction under Erdoğan's leadership, invading another country.”

“We got to do our part in the Senate in order to hold Turkey accountable," she added.

As lawmakers craft bills, Defense Secretary Mark Esper and Chairman of the Joint Chiefs of Staff Gen. Mark Milley are scheduled to brief the Senate Armed Services Committee on Syria and “and the wider region” behind closed doors Thursday, according to a committee notice.

Republicans are fuming after Trump decided to withdraw U.S. troops from northeast Syria, paving the way for Erdogan to move forward with a long-threatened offensive against Syrian Kurdish forces.

Ankara considers the Syrian Kurds terrorists connected with a Turkish Kurdish insurgency. But the United States partnered with the Kurds in the fight against ISIS and relied on them to do the most dangerous ground fighting.

Lawmakers in both parties have called Trump’s decision a betrayal of the Kurds and one that will send a chilling signal to any country or group that might want to ally itself with the United States in the future. They have also expressed concern that ISIS will take advantage of the chaos to escape from Kurdish-guarded prisons and regroup.

While the condemnation has been bipartisan, the Republican criticism is particularly notable since it comes at a time when the GOP is vociferously defending Trump from House Democrats’ impeachment inquiry.

But Syria has riled up Republicans like no other issue during Trump’s presidency. When the president said in December he would withdraw all U.S. troops from Syria, there was an outcry from Republicans, and the Senate passed an amendment warning against the withdrawal in a veto-proof 68-23 vote. Trump eventually walked back his plan.

Amid the latest backlash, Trump has sought to distance himself from Turkey’s actions. On Thursday, he raised the possibility of playing of mediator between Turkey and the Kurds, despite the fact that Trump’s retreat and Turkey’s incursion unraveled the previous U.S.-mediated plan for a safe zone.

His administration has also sought to change the narrative. A senior State Department official told reporters on a background call this past week that “we gave them a very clear red light,” while Esper told reporters Friday that “nobody greenlighted this operation” and insisted that “we have not abandoned the Kurds.”

While Trump approved expanding Treasury Department’s authority to slap sanctions on Turkey, he declined later on the day Friday to specify what would prompt him to follow through with the sanctions threat.

Congress may not give him any choice.

Syria-related legislation was not included in guidance from McConnell's office about what will be taken up on the Senate floor this week. But Van Hollen has said he and Graham plan to introduce their bill as soon as Congress returns from recess and will push for an “immediate vote.”

The Graham-Van Hollen bill would sanction any U.S. assets of high-ranking Turkish officials, including Erdoğan, until the Trump administration certifies to Congress that Turkey has withdrawn from Syria. It would also place visa restrictions on Turkish leaders, sanction any foreign person supporting the Turkish military and ensure the previously congressionally mandated sanctions for Turkey’s purchase of a Russian missile defense system go into effect.

During an interview this past week with home-state radio station KBOI, Senate Foreign Relations Committee Chairman Jim Risch (R-Idaho) said there is “a growing feeling in the Congress that we ought to” sanction Turkey.

"The most important question I think on the table right now is … do we take a move against Turkey based on economic sanctions,” Risch said.

Risch has not said whether he will support the Graham-Van Hollen bill, and a spokesman told The Hill on Friday he did not have an update on Risch’s stance.

Sen. Susan Collins (R-Maine), who is up for reelection next year, told reporters in Maine she supports sanctions against Turkey.

“I think sanctions are a good idea,” she said. “I worry whether they will be effective at this point in stopping the Turks from the slaughter of our allies. I vehemently disagree with the president’s decision."

“President Erdogan and his regime must face serious consequences for mercilessly attacking our Kurdish allies in northern Syria, who incurred thousands of casualties in the fight against ISIS and helped us protect the homeland,” Cheney, who is weighing a 2020 Senate bid, said in a statement announcing her bill. “Turkey wants to be treated like an ally, it must begin behaving like one. They must be sanctioned for their attacks on our Kurdish allies."

The sanctions would apply until Trump certifies to Congress that Turkey has halted its Syria offensive.

A separate bipartisan resolution released by Engel on Friday includes language saying the Kurds "fought courageously" with the United States against ISIS and that a withdrawal from northeast Syria is "beneficial to adversaries" like Syria, Iran and Russia.

The four-page resolution says the House "opposes the decision to end certain United States efforts" to prevent Turkey's offensive. It also calls on Erdogan to "immediately cease" the operation, says the United States should continue supporting the Kurds and calls for the U.S. to "work to ensure that the Turkish military acts with restraint."

In a letter to House Democrats on Friday, Hoyer said it is possible the chamber will take up Syria legislation during this work period.

“Both parties are outraged by the president’s reckless and dangerous decision to withdraw U.S. troops from northern Syria and abandon our Kurdish allies,” Hoyer wrote. “It is shameful that this president has betrayed a reliable ally, is enabling the return of ISIS and is putting our nation and other allies, including Europe and Israel, at risk. As Turkish forces push deeper into Syria and the Kurdish death toll rises, Congress ought to respond.”