The best antidote for a political scandal? Sound a base note 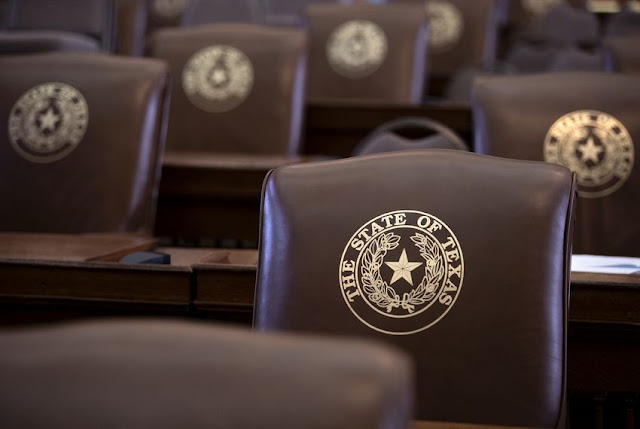 If you don’t like the way a discussion is going, change the subject.

That’s fundamental to politics — a tool employed with great skill by President Donald Trump and, it turns out, by lesser political lights. Appeal to the heart of your voting base.

Social issues often provide some of the best political diversions. Gov. Greg Abbott has landed himself a two-fer, extending what has been a sustained battle with local government to an attack on the city of Austin’s controversial policies for where homeless people can camp and linger. And now there’s another, more incendiary issue to talk about as Abbott and other state officials weigh in on a Dallas-area custody fight that hinges, in part, on the gender identity of a child.

Maybe this wasn’t the intent, but those subjects — appealing as they are to the state’s Republican base — are getting more public attention from the elected class than the fall of Republican Texas House Speaker Dennis Bonnen, who was undone by the public release of a recording of a confoundingly raw and blunt private conversation about politics.

Now the Texas House is right back where it started two years ago — electing a new speaker to replace the one it's got.

But never mind all of that.

Some distractions are real issues that the conservative base was paying attention to even without the help of politicians in state government.

Consider the debate over what to do about homeless people in the state government’s Most Hated City — Austin — into which Abbott, who lives in upscale downtown government housing, has intervened. The city loosened restrictions on camping, sitting and lying in public spaces this summer, prompting a marked increase in the visibility of homeless people, particularly in downtown Austin. That higher visibility gained public attention and not a small amount of ire, including Abbott’s. The governor threatened state action if its notoriously liberal capital city didn’t address the issue. Austin tightened its laws this month, but the governor is still talking about using state transportation resources to clear homeless camps in underpasses and bridges.

Homelessness is the sort of problem government is supposed to work on — an issue that requires a whole community’s attention, that might require social work, law enforcement and other expertise voters entrust to the people in city halls, county courthouses and state capitols.

The politics are easy, too: The Abbott vs. Austin dust-up syncs nicely with the running battle between the state and local governments over ride-sharing laws, sick-leave policies and local property taxes. Homelessness is another bead on that string.

In the custody case, Abbott and other Republican state politicians are chasing a viral story about a jury verdict in favor of a 7-year-old child’s mother. The parents disagreed — and disagree — on their child’s gender identity. Mom says one thing. Dad says another.

It has become a cause célèbre in conservative media and with conservative politicians, including Abbott, who tweeted Wednesday that the matter “is being looked into” by the state’s attorney general and its child protection agency.

Well, you didn’t see a lot of commentary from the governor about Bonnen’s crash; he’s been remarkably silent about the downfall of one his closest partners in the Capitol. Perhaps his mind was on other matters.

All of these things are concurrent. The recording of Bonnen’s indiscreet conversation became public less than two weeks ago. His announcement that he won’t seek another term — after five members of his leadership team told him he no longer had their support — came early this week.

So, by the way, did Bonnen’s revisions to his recorded hostility to local governments.

But that leaves the House again looking for new leadership. Two years ago, it was a retirement: Republican Joe Straus of San Antonio had decided to leave the post after a record-tying decade in office. This time, the House will be replacing a speaker ousted by his own words, effectively disgraced when his statements were made public.

Bonnen had one piece right, apparently: What he did might have been stupid, but it wasn’t illegal. Brazoria County District Attorney Jeri Yenne, Bonnen’s hometown prosecutor, was full of scorn for her own state representative, saying his comments were “lacking in character and dignity, demeaning to other human beings including local government officials, cities and counties, and Members of the Texas House of Representatives who placed their confidence in Speaker Bonnen and are entitled to his respect.”

She doesn’t think the Texas Rangers’ investigation produced sufficient evidence to warrant a criminal prosecution. Yenne did have a line that pulls the governor’s battle with Austin into the frame, though, saying the recorded comments from Bonnen and state Rep. Dustin Burrows of Lubbock about local governments were “disappointing and disturbing.”

Maybe she was just distracted.