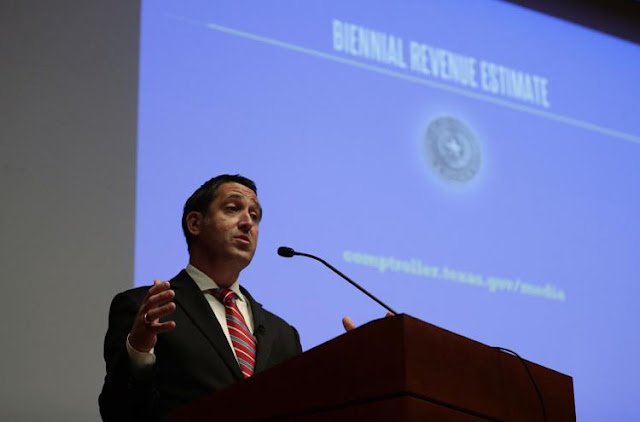 Comptroller Glenn Hegar says the state will have about $122 billion for general spending a year from now. That's a 9.6 percent increase from the 2018-19 biennium, and Hegar’s office says state budget writers likely will have more funds to meet the needs of Texas in the near term.

Hegar provides a biennial revenue estimate that projects the availability of funds available to be spent in the state’s next two-year budget cycle. Following the conclusion of the session, he releases a certified revenue estimate providing the detailed basis by which the comptroller certified the budget.

According to Hegar, the Texas economy continued to grow at rates among the highest in the nation in fiscal 2019.

“We are projecting continued expansion of the Texas economy in this biennium,” he said. “The most likely scenario is one of steady expansion at a pace below that of the 2018-19 biennium. Risks to the estimate, however, include ongoing uncertainty about trade and national economic policy, slowing global economic growth and volatility in energy prices resulting from instability and potential conflict in the Middle East.”

The Federal Reserve Bank of Dallas issued a report stating that while some economic sectors have suffered some decline as opposed to a year ago, overall activity continues to track in a positive manner.

The report also shows that the ongoing trade dispute between the U.S. and China has not affected the Texas economy in a negative way.