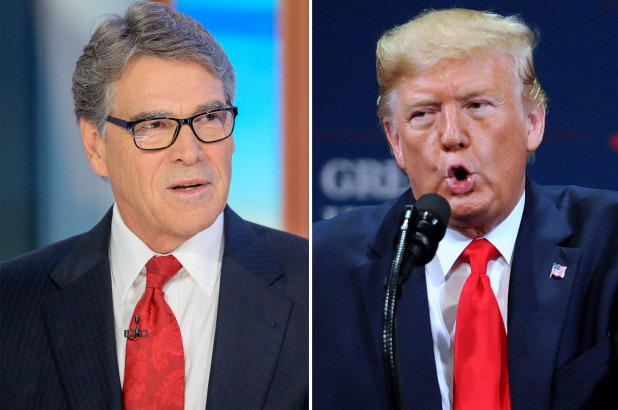 Outgoing Energy Sec. Rick Perry will not comply with a House subpoena to turn over documents tied to his involvement with Ukraine, the Department of Energy (DOE) wrote in a letter to Democratic lawmakers.

The letter referred to the Democrats' "impeachment inquiry" in quotes, saying the look into President Trump's interactions with Ukraine was not valid.

“As the Supreme Court has long recognized, a Congressional committee cannot exercise the investigative power of the full House of Representatives unless it has that power through proper delegation,” the letter said.

Trump is facing an impeachment inquiry over his request that Ukraine investigate former Vice President Joe Biden, a potential 2020 rival, and whether there was a "quid pro quo" that tied investigations with the disbursement of military aid.

“Recently, public reports have raised questions about any role you may have played in conveying or reinforcing the President’s stark message to the Ukrainian President,” the chairmen of the three committees leading the House inquiry wrote to Perry earlier this month, giving him until Friday to comply.

Perry denied any wrongdoing in an interview with Fox News Friday morning to discuss his departure from DOE.

“There was no quid pro quo in the sense of what those folks out there would like for it to be,” Perry told Fox’s Bill Hemmer. “That we’re [not] going to give you this money unless you investigate Joe Biden and his son. I never heard that said, anywhere, anytime, in any conversation.”

Perry said his goal was to “get Ukraine back in the sphere of influence in the United States” and acknowledged there were conditions to U.S. help such as improved transparency.

“They have to do some things. They have to show us they're going to respect the rule of law, you're going to be transparent, they're going to unbundle their midstream gas company. All of those things were part of him coming in. And I think that's completely and absolutely legitimate. That's what we're supposed to be doing,” Perry said.

Perry repeatedly stressed he would follow the advice of DOE counsel, which in Friday’s letter argued that Perry’s communications would be covered under executive privilege.