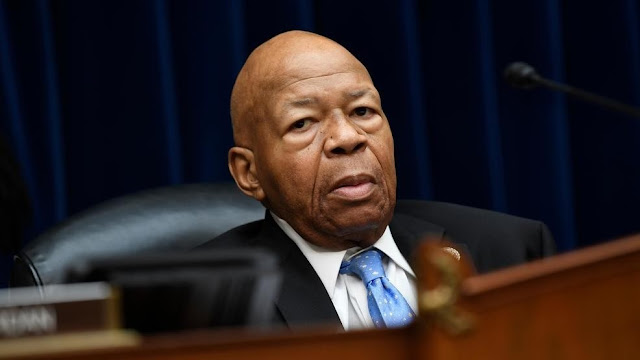 Longtime Rep. Elijah Cummings (D-Md.), the son of a sharecropper who went on to become chairman of the powerful House Oversight Committee, has died at the age of 68, his office said in a statement early Thursday.

Cummings passed away at 2:45 a.m. at Johns Hopkins Hospital “due to complications concerning longstanding health challenges,” according to his office.

In the past year, Cummings relied on the use of a walker and motorized scooter to get around even as he continued at a frenetic pace in the Capitol, leading televised committee hearings and giving interviews to reporters.

For decades, Cummings was a respected and well-known figure in the Capitol and in his beloved native city of Baltimore, with close friends on both sides of the aisle. But he was thrust in the national spotlight this past year as he and newly empowered House Democrats repeatedly clashed with President Trump and his administration.

As Cummings’s committee probed Trump’s policies, businesses and family members, the president lashed out at the Maryland Democrat by calling his Baltimore-based congressional district a “rodent-infested mess.”

The president’s attacks came days after Cummings's committee authorized subpoenas for records from the White House regarding aides’ use of personal email and text applications for official business.

Earlier in the summer, Cummings had said blasted the Trump administration's treatment of migrant children at U.S.-run facilities as “government-sponsored child abuse.”

But in recent weeks, the biggest story in Washington — impeachment — had consumed Cummings and his Oversight and Reform Committee. Cummings, Intelligence Chairman Adam Schiff (D-Calif.) and Foreign Affairs Chairman Eliot Engel (D-N.Y.) are the three committee chairmen leading Democrats’ three-week-old impeachment inquiry into Trump, and their panels have been interviewing key players in the investigation at a frantic pace.

It’s unclear who will step into the role of Oversight chairman as the impeachment inquiry reaches a critical stretch. Veteran Rep. Carolyn Maloney (D-N.Y.) is now the most senior Democrat on the committee, and the Democratic Steering Committee will likely meet soon to decide how to fill the vacancy.

Born on Jan. 18, 1951, in Baltimore, Cummings said his parents had to drop out of school in South Carolina at a young age to help provide for their families. Cummings himself would go on to earn his a college degree at Howard University in Washington, D.C., then a law degree at the University of Maryland.

“Both of my parents emphasized education because they had been deprived of one. My dad was pulled out of school at an early age to plow the fields and pick strawberries,” Cummings said after his mother died last year.

After working in law, Cummings in 1982 won a seat in the Maryland House of Delegates, serving in Annapolis for 13 years. He was elected to Congress in 1996.