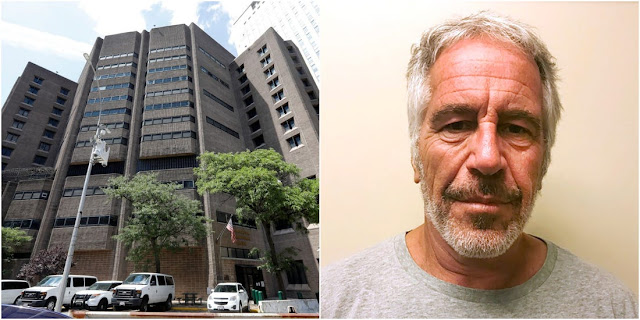 New York City's chief medical examiner said there's no need for a second investigation into Jeffrey Epstein's death after a pathologist hired by the family argued injuries to the disgraced financier point to homicide, not suicide.

Epstein, 66, died while awaiting trial on federal sex trafficking charges. He was found unresponsive in his Manhattan jail cell early in the morning of Aug. 10.

Michael Baden, a former New York City medical examiner who was hired by Epstein's brother, said in a Fox & Friends interview Wednesday morning that broken bones in Epstein's neck indicate that a "huge amount of pressure" was applied.

"There were findings that are unusual for suicide by hanging and more consistent with ligature homicidal strangulation," Baden said.

Curiosity around one of those broken neck bones — the hyoid — has been at the center of theories about Epstein's death, which President Donald Trump has promoted.

News outlets reported in August that Epstein suffered broken bones in his neck. But The Washington Post, which first reported on the injuries, cited experts saying such breaks can occur in those who hang themselves, particularly if they are older.

In a statement issued Wednesday, Sampson said she stands by her conclusion that Epstein died by suicide.

Sampson said her office continues "to share information around the medical investigation with Mr. Epstein's family, their representatives, and their pathology consultant."

Baden, a Fox News contributor, said he does not know what work federal investigators have done on Epstein's death, but he called on officials to investigate further. He said the ligature that was found wrapped around Epstein's neck was fashioned from bed sheets and would have contained DNA evidence.

Baden served as New York City’s medical examiner for one year, beginning in 1978.

Prosecutors had alleged that Epstein "sexually exploited and abused dozens of minor girls" at his homes in Manhattan and Palm Beach, Florida, and at other locations from at least 2002 to 2005.

Following Epstein's death, Attorney General William Barr ordered multiple investigations focusing on the operations at Manhattan's Metropolitan Correctional Center, which has been plagued with staffing shortages. Those investigations are ongoing.

Federal authorities have been examining whether guards assigned to Epstein's unit slept through mandatory checks on his cell in the hours before he was found dead, and whether the guards falsified logs accounting for their time on duty.

Epstein had been placed on suicide watch after he was found semiconscious with marks on his neck just three weeks earlier, but he was removed from monitoring shortly after.

At the time of Epstein's suicide, there were more than 30 staff vacancies at the facility, said Serene Gregg, local president of the prison workers' union. Prison officials regularly assigned civilian staffers to work guard duty in order to plug unfilled officer positions, she said.