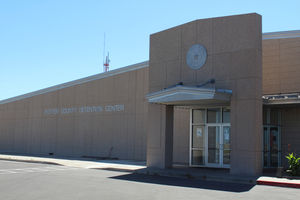 On Sunday, a corrections officer with the Potter County Sheriff’s Office was observed bringing a tobacco product into the Detention Center and providing it to an inmate.

The officer, Tracy Montano, was immediately arrested and booked into the jail for the offense of prohibited substance in a correctional facility, a 3rd degree felony. His employment was also immediately terminated.

Officials said the inmate who received the prohibited substance, Matthew Wayne Austin, was also charged with this same offense.

Montano has bonded out of jail. The investigation is ongoing at this time.