Player compensation: NCAA must get this right 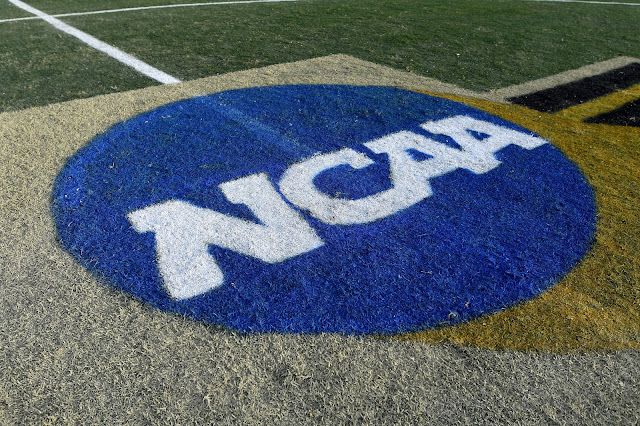 From the beginning, college athletics were founded on the notion that exercise was part of a well-rounded education and that team sports could help foster loyalty and school identity, all while providing wholesome entertainment. Student athletes were to be amateurs, motivated solely by pure competition.

That ideal has been elusive from the start, as popular sports quickly became big business.

Now the NCAA has begun the process of allowing student athletes to profit from the use of their likenesses, images and names as part of that business. As inconsistent as this may seem with the ideals of college sports, it is a necessary move. But the NCAA has to carefully craft the rules to guard against abuses.

Among the worst scandals in collegiate sports have been those associated with recruiting violations. The NCAA must do all within its power to make sure teams do not attract players with promises of advertising deals or other money-making inducements.

Likewise, teams must be prohibited from luring players away from other teams through similar promises. This may be difficult to enforce, given how common transfers are and how star players likely will be offered many endorsement opportunities. But it will be key toward maintaining the integrity of collegiate sports.

Also, teams must be prohibited from paying athletes to play. Players should profit only from endorsements, autograph signings, signature apparel, the use of their names in association with camps and other similar uses of their names.

NCAA officials have spoken about the need to maintain a level playing field. In many ways, this has been elusive from the start of intercollegiate sports.

In 1922, Ohio State built its current football stadium, attracting 71,138 fans for a game against Michigan that year. By 1927, Northwestern was playing in a stadium seating 47,000. The Yale Bowl opened in 1914 and could seat more than 70,000. Even at 50 cents a ticket or less, that gave those schools distinct economic advantages over schools that couldn’t, or wouldn’t, invest in similar venues.

As early as 1922, members of the American Association of University Professors at Northwestern University met to consider demands that the school’s team do away with paid coaches, who made more than better educated counterparts teaching academic subjects.

These are little more than historical footnotes now, except to illustrate how money has long generated inequities in college sports.

By the same token, schools have been able to profit handsomely from players who receive little compensation beyond an education, and who risk life-changing injuries in the process.

The danger in this new venture is that schools in large media markets will be able to attract better players than those in smaller markets because of the opportunity for more lucrative advertising deals.

Likewise, some schools have large fan bases that extend nationwide. Schools in Power Five conferences will have even greater recruiting advantages than they currently do, and schools that perform poorly will have fewer chances to improve than they do now.

The NCAA Board of Governors has charged its three divisions to write rules that will protect the values of collegiate sports and, as the board chair put it, “not turn student-athletes into employees of institutions.”

That is a big charge, but one the NCAA has to get right.