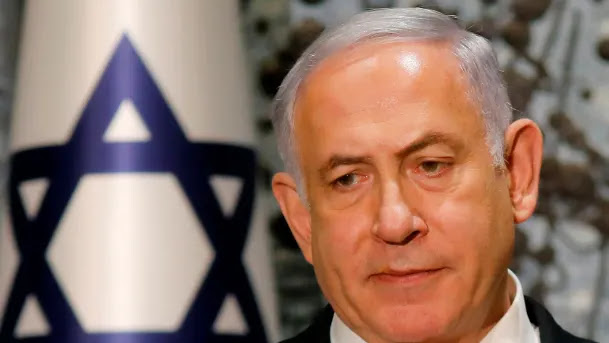 Israeli Prime Minister Benjamin Netanyahu on Monday informed President Reuven Rivlin he has been unable to form a government, according to Haaretz.

“Ever since receiving the mandate [to form a government] I have worked relentlessly ... to establish a broad national unity government. This is what the people want,” Netanyahu said in a video posted to Facebook on Monday.

Since receiving the mandate, however, Netanyahu said he has been unsuccessful in bringing Benny Gantz, leader of Kahol Lavan, the largest party in the Israeli Knesset, saying Gantz has “refused time after time.”

Rivlin’s office said in a statement that he will turn the mandate to form a government over to Gantz, who would have 28 days to form it, according to Haaretz. Rivlin is likely to make the decision official by Thursday evening.

"The time for spins is over, now is the time for actions. Kahol Lavan is determined to form a liberal national unity government headed by Benny Gantz, for which the people voted last month,” the party said in a statement.

If Rivlin decides against allowing Gantz to form a government, the task will instead fall to the Knesset, which will also be responsible for forming a government if Gantz does not make the 28-day deadline.