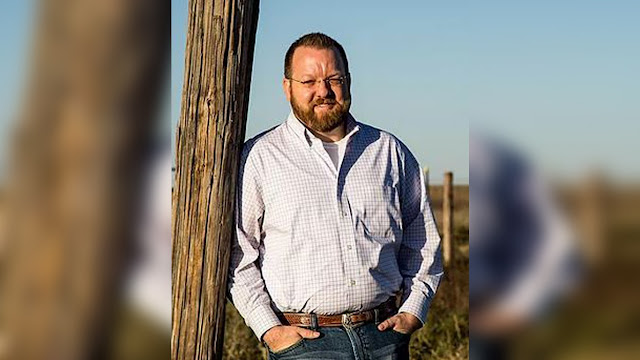 Republican Josh Winegarner today launched his campaign for Texas Congressional District 13. The district consists of 41 counties in the Panhandle, Texoma, and North Texas, stretching from Texline to Gainesville and including Amarillo and Wichita Falls. Congressman Mac Thornberry recently announced he is not running for re-election. The Congressional district is the most Republican in the country by vote share.

A Spearman native, Winegarner graduated from McMurry University in Abilene and later began his legislative career working in the offices of Republican Texas Senators Phil Gramm and John Cornyn. His work focused on protecting Texas’s agriculture industry and policies to grow small businesses.

For the past 13 years, Josh has utilized his passion for service and expertise in agriculture policy. He is currently the Director of Industry Affairs at the Texas Cattle Feeders Association, the organization protecting 28% of the nation’s fed cattle industry from harmful government regulations.

“I am a strong conservative who will fight for the agricultural producers, small business owners, and oil and gas operators that drive our economy and work to protect them and our taxpayers from burdensome government regulations and policies,” said Winegarner. “I will continue to advocate for the people and the independent, entrepreneurial spirit at the heart of the 13th District.”

Winegarner is a member of the NRA, an avid hunter, and will fight to protect our 2nd Amendment rights. “I will stand with President Trump to protect our constitutional rights, secure our borders, pass beneficial trade deals like the USMCA, and protect our country from the threat of the socialist agenda,” Winegarner said. “I will lead the charge to keep Texas a red state.”

“The primary responsibility of the federal government is to protect our nation," said Winegarner. “I will work to ensure that our military remains the strongest in the world, while taking care of our veterans and active duty service members and ensuring they have the skills and opportunities to thrive in the workforce.”

A man of deep Christian faith, Winegarner says he will protect the precious gift of life and defend those who cannot defend themselves. “God has provided me with talents and experiences that make me uniquely qualified to represent the people of this district,” Winegarner said. “As the steward of these gifts, it is my duty to use them in a way that honors Him and benefits our nation.”

Winegarner is also a member of Texas & Southwestern Cattle Raisers Association, Texas Farm Bureau, and the Southwest Council of Agribusiness. Josh serves on several councils of the Amarillo Chamber of Commerce, is a graduate of Leadership Amarillo & Canyon, and is a long-time supporter of the United Way of Amarillo & Canyon, Snack Pak 4 Kids, and Randall County 4-H.