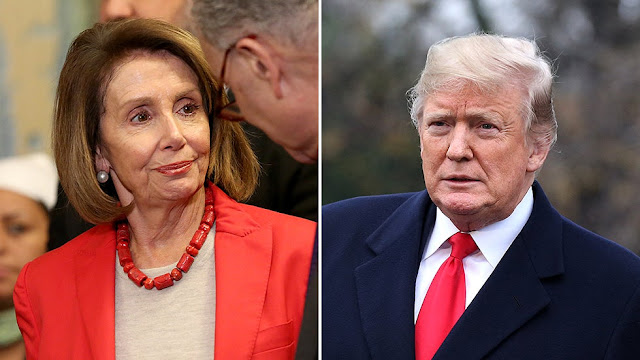 House Democrats are setting up a vote this week on their impeachment inquiry as they move closer to a public phase of the investigation.

Rep. Jim McGovern (D-Mass.), the chairman of the House Rules Committee, said Monday that he will introduce a resolution this week to "ensure transparency" and "provide a clear path forward" in the impeachment inquiry.

The text of the resolution has yet to be released, but McGovern plans to introduce it on Tuesday ahead of a markup in his committee on Wednesday.

Speaker Nancy Pelosi (D-Calif.) in a letter to lawmakers said the legislation would receive a vote this week. A Democratic aide said it would be subject to a full vote by the House on Thursday.

This would be the first formal vote on the new impeachment process by the House since Pelosi threw her support to an inquiry in September.

Democrats have insisted they did not need to hold a floor vote to launch the impeachment inquiry itself, despite calls for such a vote from the White House and Republicans.

"As committees continue to gather evidence and prepare to present their findings, I will be introducing a resolution to ensure transparency and provide a clear path forward," McGovern said in a statement. "This is the right thing to do for the institution and the American people."

A vote on the resolution would come as Republicans are pressuring Democrats to conduct their impeachment proceedings in public beyond the series of closed-door witness depositions with current and former Trump administration officials over the past month.

Currently, only members of the three committees leading the impeachment inquiry — Intelligence, Oversight and Foreign Affairs — are allowed to sit in on the witness interviews in a secure facility in the sub-basement of the Capitol. Members of both parties are allowed to attend and ask questions of witnesses.

Dozens of House Republicans stormed the secure facility last week to protest the lack of more widespread access for all members of the House.