Gunfire erupts at vigil for victim of Texas homecoming shooting 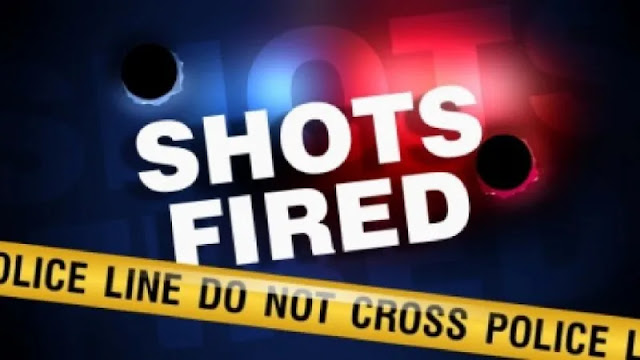 Gunfire erupted during a vigil on Sunday night for a person shot dead at a homecoming party in Texas over the weekend.

An NBC Dallas-Fort Worth SUV was struck at least three times, a reporter with the station said.

Video showed multiple bullet holes in the vehicle’s window and frame. The reporter, Diana Zoga, said that neither she nor her photographer were struck. There didn’t appear to be other injuries, she said.

Zoga added that the shooting happened while the vigil was ending.

The vigil was at a park in Pleasant Grove, a neighborhood in Dallas, for a victim who a family spokesman identified as Kevin Berry.

A spokeswoman with the Dallas Police Department said officers responded to a shooting call at the site of the vigil at 8:07 p.m. CT (9:07 p.m. ET). The responding officers learned that a disturbance at the vigil escalated and shots were fired, police spokeswoman Tamika Dameron said. There were no injuries reported, but several vehicles were reported damaged, she said.

The Saturday night shooting occurred roughly an hour away, at an event space near Texas A&M University-Commerce in Hunt County. More than 700 people were at the party, authorities said.

Two people were killed and 12 were injured after a gunman opened fire shortly before midnight, authorities said.

Hunt County Sheriff Randy Meeks said the gunman may have targeted the first victim, then fired at random into the crowd.

The suspect, who the Hunt County Sheriff’s Office described as a lone male shooter, remained at large on Sunday.

Hunt County Sheriff Chief Deputy Buddy Oxford said that a "lack of communication" between law enforcement and party attendees had made identifying the suspect difficult.

"I was told there's 750 people here approximately at the time that the shooting happened but nobody wants to speak with us," he said, adding: "We don't even have a vehicle description, we don't have a name, a nickname, we don't have nothing to go on to try to locate the shooter.