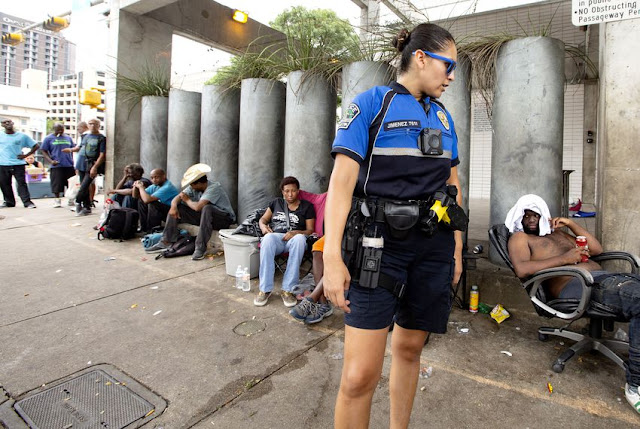 Who will they take care of?

Your mileage might differ depending on whether you’re talking about the state government or the folks at the city halls in places like Austin, Dallas, Houston, San Antonio and many of the state’s smaller cities.

The policies they write are responses to a problem, formulations concocted to set things right. And by its very nature, any policy reveals the problem it is supposed to solve. The authors of a policy address the problem they see — even if it’s not the problem others see.

In this case, policy might address the problem of homeless people — often unkempt, dirty, sometimes disturbing — on the streets where the rest of us encounter them daily. The “us” in that line is important, as it represents voters and the people most likely to command the attention of the policymakers. And they are complaining about a real problem; in a letter to Austin Mayor Steve Adler last week, Gov. Greg Abbott cited reports of “violence, used needles, and feces littering the streets of Austin and endangering Texas residents.”

Policy might be aimed at the underlying problem of why those homeless people are on the streets at all, and what might be done about that. Two obstacles come immediately to mind: Housing the homeless in any of the state’s big or medium-size cities would be expensive, first; second, the political rewards are smaller, as the people being helped aren’t the people who cast ballots and make political donations that benefit policymakers.

Homelessness jumped into the headlines at the beginning of the summer, when the city of Austin changed its laws to allow sitting and camping in public places so long as it doesn’t endanger safety and health or make “usage of such areas unreasonably inconvenient or hazardous.”

That leaves a lot of gray area, but it indicates that what the governor is criticizing in Austin is already illegal.

The message he sent and the way it was received was also interesting.

“You — as the Mayor of Austin — and your colleagues are charged with maintaining ‘the welfare, health, morals, comfort, safety, and convenience’ of your residents. That charge demands a robust response to the mounting homelessness crisis in Austin. The status quo is increasingly intolerable and a swift course correction is needed to protect the health and safety of Texans, and of the many visitors to Austin,” Abbott wrote.

“As the Governor of Texas, I have the responsibility to protect the health and safety of all Texans, including Austin residents. Further inaction by you and the Austin City Council will leave me no choice other than to use the tools available to the State of Texas to ensure that people are protected from health and safety concerns caused by Austin’s homelessness policies.”

Adler apparently decided not to see any threat in the governor’s proposed response, instead interpreting the letter as an offer of help from the state. He said the governor will see action within a week from the city. And he tried to steer the conversation from the comfort and convenience of most people in Austin to the troubles of the homeless residents.

“I recognize the angst and concern that is happening in our community now as homelessness is becoming increasingly visible,” he told reporters. “But we didn’t create more people experiencing homelessness. We see it now.”

Watch the state and local policy unfold, and you’ll know which problem had the governments’ attention: People feeling threatened by the homeless, the homeless people themselves, or both.