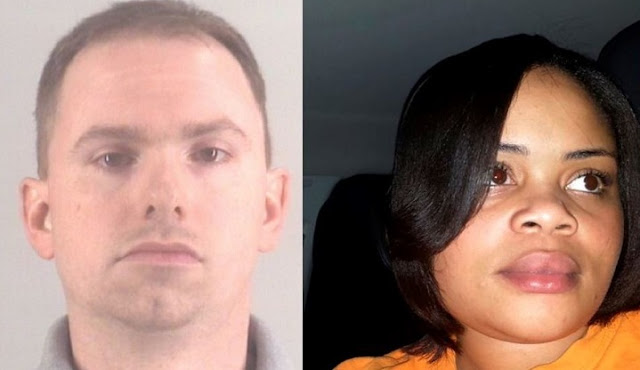 The former Fort Worth, Texas, police officer who authorities said shot and killed a woman in her own home last weekend has been charged with murder.

Aaron Dean was arrested and booked into the Tarrant County Jail Monday afternoon, hours after he resigned from his position in the police department.

Atatiana Jefferson was killed early Saturday morning when Dean allegedly shot her through her window after responding to a report of an open door at her residence.

Interim Police Chief Ed Kraus said Monday there was no indication the officers knocked on the front door and Dean reportedly didn't identify himself as a police officer.

Kraus also said the officer would have been fired had he not resigned.

Jefferson's killing came shortly after Dallas police officer Amber Guyger was convicted of murder and sentenced to 10 years in prison after shooting and killing Botham Jean in his apartment. Guyger had thought it was her unit.