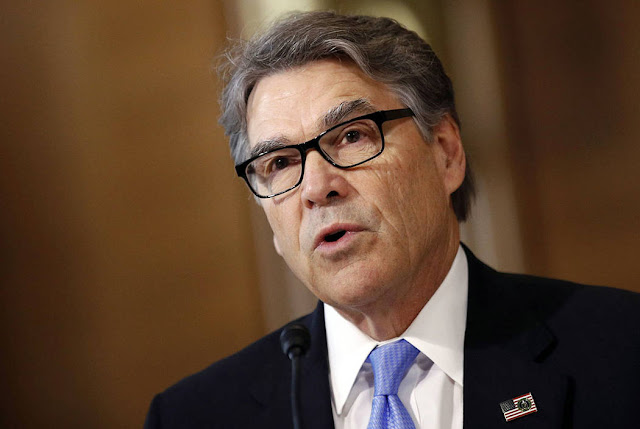 Three sources close to Perry told the newspaper that the Energy secretary was planning an announcement in November. The White House did not immediately respond to a request for comment from The Hill.

The report of Perry's expected resignation comes days after the top Democrat on the Senate Foreign Relations Committee sent questions to Perry related to his travel to Ukraine amid scrutiny of the Trump administration's dealings with the country.

The Energy secretary traveled to Ukraine in May for the inauguration of the country's new president, Volodymyr Zelesnky, whose contacts with President Trump are now at the center of House Democrats' impeachment inquiry.

Sources close to Perry claimed to Politico that his resignation would be unrelated to scrutiny over Trump's dealings with Ukraine.

A spokeswoman for the Energy Department declined to say if Perry would resign next month, instead rebuking the media for past reports about Perry's expected departure.

“While the Beltway media has breathlessly reported on rumors of Secretary Perry's departure for months, he is still the Secretary of Energy and a proud member of President Trump’s Cabinet. One day the media will be right. Today is not that day,” Shaylyn Hynes told Politico.

Senate Foreign Relations Committee ranking member Bob Menendez (D-N.J.) wrote to Perry on Tuesday, requesting information from the Energy secretary on his May trip to Ukraine.

"Given your role as the leader of the official United States delegation to the inauguration, and the White House’s recent release of evidence that President Trump requested that Ukraine’s government investigate his domestic political opponent, your insight into the U.S. delegation’s trip is of particular interest to the Senate Foreign Relations Committee," the senator wrote.