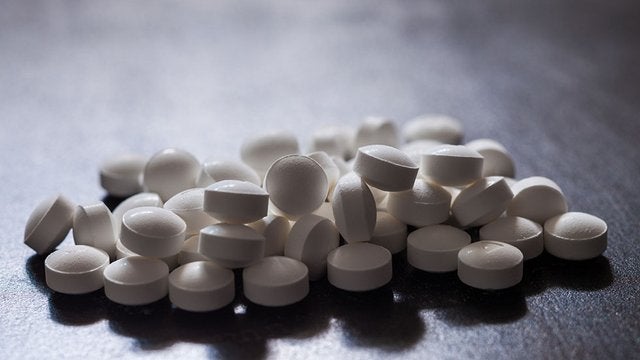 A $260 million settlement has been reached with three of the country's top drug distributors and one drug manufacturer for their role in the opioid epidemic, announced just an hour before the landmark trial was set to begin.

The tentative deal was reached between the "Big Three" distributors McKesson Corp., Cardinal Health Inc., AmerisourceBergen Corp., manufacturer Teva Pharmaceutical Industries, and the two Ohio counties that had been selected to go to trial first among the more than 2,300 opioid lawsuits.

According to plaintiffs' attorneys, the three distributors will pay a combined $215 million immediately. Teva will pay $20 million cash between the end of this year and 2021, and provide $25 million worth of the anti-overdose drug Suboxone.

Cuyahoga and Summit counties had asked for nearly $8 billion. Attorneys and county officials said the settlement will provide immediate relief, but there will be more litigation.

The settlement was first reported by The Wall Street Journal and confirmed by the plaintiffs on Monday.

"The proposed settlement will make significant progress to abate the epidemic by providing resources for and applying funds directly to necessary opioid-recovery programs," the plaintiffs' attorneys said in a joint statement Monday.

"Throughout this process, Summit and Cuyahoga Counties have tirelessly investigated, litigated, and prepared for the bellwether trial that would have begun today if not for this agreement. In doing so, the communities revealed facts about the roles of the opioid industry that created and fueled the opioid epidemic."

The counties said they are still prepared to go forward with a lawsuit against pharmacy chain Walgreens, and hinted that further litigation against drug companies is on the table. The Walgreens trial was separated from the others that settled Monday, and has been postponed.

"We learned that this country’s pharmacy system has played a greater role in the opioid epidemic than previously realized," the attorneys said. "Cuyahoga and Summit will continue to litigate against pharmacy defendants to further understand the industry’s failings and potential wrongdoing."

In a statement, Walgreens vigorously defended itself.

"We never manufactured, marketed or wholesaled prescription opioid medications. Our pharmacists have always been committed to serving patients in the communities where they live and work," the company said in a statement to The Hill.

A federal judge in Ohio combined more than 2,500 claims from courts across the country as a test of how the plaintiff arguments will fare, but had been urging all parties to settle for months. The agreement reached on Monday is not a "global settlement" and will only cover the two Ohio counties, but it also gives the companies time to work out a global settlement.

Attorneys said last-ditch efforts at reaching a global settlement collapsed late Friday, and the focus switched over the weekend to just Cuyahoga and Summit counties.

In a joint statement, the distributors said they will continue working towards a global settlement.

"While the companies strongly dispute the allegations made by the two counties, they believe settling the bellwether trial is an important stepping stone to achieving a global resolution and delivering meaningful relief," they said. "The companies expect settlement funds to be used in support of initiatives to combat the opioid epidemic, including treatment, rehabilitation, mental health and other important efforts."

The distributors added that they "remain deeply concerned about the impact the opioid epidemic is having on families and communities across the nation – and are committed to being part of the solution."

The lawsuits from cities and Native American tribes are seeking financial compensation for consequences of the opioid epidemic that has claimed more than 200,000 lives since 1999.

Five companies had already reached agreements with Cuyahoga and Summit Counties in recent weeks, including Johnson & Johnson, and Mallinckrodt Pharmaceuticals, which is the largest manufacturer of generic opioids.

Cases across the country allege the industry pushed opioid painkillers for widespread use without adequately warning of the risks of addictions.