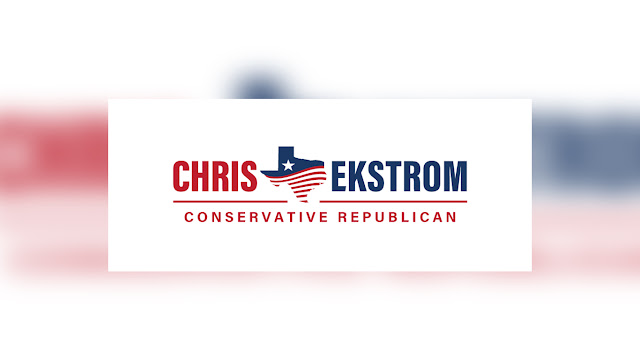 On Wednesday, businessman Chris Ekstrom filed his candidacy in the race for Texas Congressional District 13.

“As the Socialist Democrats try and take a wrecking ball to the very fabric of our country this is no time for conservatives to sit on the sidelines,” said Ekstrom. “Now more than ever President Trump needs allies in Congress who will stand shoulder to shoulder with him against the liberals who seek to weaken our military, our economy, and weaken our way of life. If we want an America that has secure borders, safe families, and a stronger economic future now is the time to stand up and fight and I look forward to fighting every day to represent the values of the people of Congressional District 13.”

Ekstrom said he is a conservative Christian Trump Republican who has built a strong reputation for being a fierce and passionate advocate for Texans and Americans at the national and state level.

"Chris has been an unwavering advocate to build the wall, protect our historical monuments, support Pro-Life initiatives, restore the 2nd and 10th Amendments and shrink government. Chris will represent his constituents, not the lobbyists and special interests in Washington D.C. He will work vigorously to defend the industries that are critical to Congressional District 13 like farming & ranching, oil & gas production, and supporting Sheppard Air Force Base," according to a press release from Ekstrom's campaign.

Ekstrom had his first job at age 13 and worked at a warehouse delivering soft drinks to local businesses. After college, he helped lead a large construction company upgrading digital cable networks throughout America.

For the past 25 years, Ekstrom has been the President of Ekstrom Properties a commercial real estate investment firm.