Arrest made in connection to Greenville, Texas mass shooting 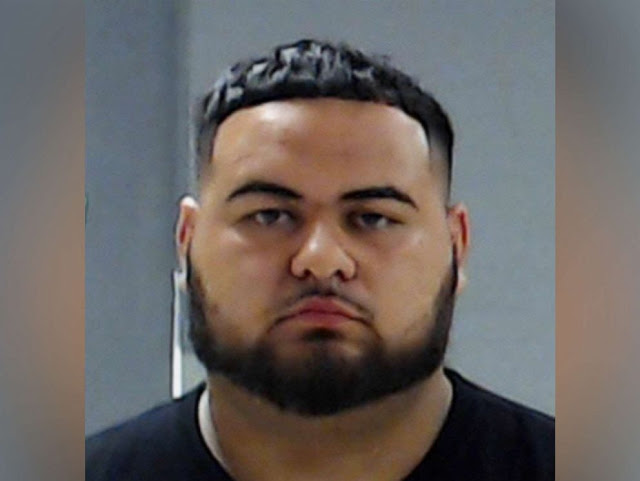 A 23-year-old mechanic was arrested on capital murder charges Monday in a shooting at an off-campus homecoming party for Texas A&M University-Commerce that left two men dead and more than a dozen people injured, authorities said.

Brandon Ray Gonzales of Greenville, Texas, was being held on $1 million bail after he was taken into custody at an auto dealership where he works, Hunts County Sheriff Randy Meeks said at a news conference. He was arraigned in front of a magistrate on Monday morning.

Meeks said investigators have yet to determine a motive for the shooting but noted that Gonzales is cooperating.

"He told us he was there" at the homecoming party," Meeks said, adding, "But as far as actually being the shooter, he hasn't admitted that to us at all."

"He hasn't said that, but we still believe that maybe the first person seems to be a target and the rest seemed to be at random," Meeks said.

From the jailhouse, Gonzales told ABC station WFAA in Dallas that he was at the parting but that he was outside in a car when the shooting started at the Halloween party.

"I went as a, like a security guard," Gonzales told WFAA. "I have a vest; it looks bulletproof."

Sheriff's investigators were able to identify Gonzales as the alleged gunman after obtaining his name through interviews with witnesses, according to the sheriff.

He said the weapon used in the attack, a 9mm handgun, has not been recovered.

Meeks said the only previous contact Gonzales has had with law enforcement was for a minor traffic violation over the summer.

The arrest came a day after gunfire erupted near a vigil for one of two victims slain at the off-campus homecoming party.

Friends and loved ones of Kevin Berry Jr., 23, were gathered in St. Augustine Park in Dallas around 7 p.m. Sunday when someone started shooting in a parking lot, sending mourners scrambling for cover.

A news crew from ABC affiliate station WFAA-TV was at the vigil and recorded footage of the chaos that occurred when dozens of gunshots rang out.

The gunfire came toward the end of the vigil for Berry, a father of two, after his grieving sister, Taviara, told WFAA her family has been "torn apart" by her brother's untimely death.

"This is senselessness how shootings like this happen," she said just moments before gunfire sent panic through those congregated to remember Berry.

"My brother was a good person," Taviara said. "He took care of his family, he loved everybody, and he didn't have any enemies."

No one was injured in the St. Augustine Park shooting.

Sheriff Meeks said the gunfire at the Dallas park was not related to the shooting at the homecoming event.

"We don't believe there's a connection at all," Meeks said.

Berry was one of two men killed early Sunday when a gunman opened fire inside a crowded off-campus party to celebrate the Texas A&M University-Commerce Lions football team's homecoming victory on Saturday over Western New Mexico, according to the Hunts County Sheriff's Office. More than a dozen other people were shot or injured in the stampede to get out of the building, officials said.

The gunman who opened fire escaped by apparently blending into the crowd of terrified revelers running from the party venue, police said.

Meeks said five people injured in the attack remained hospitalized on Monday. One victim was in critical condition while the others were in good condition.

Meeks said about 750 people were at the party when the deadly gunfire erupted just after midnight on Sunday.

He said the homecoming event was not sanctioned by Texas A&M University-Commerce, but many students from the school 65 miles northeast of Dallas attended the party in Greenville, Texas.

Mark Rudin, president of the university, said in a statement that four students enrolled at the school were among those injured in the shooting.

Rudin said in an updated statement on Monday that counselors will be made available to students heading back to classes and that group support sessions would also be organized for students.

"Collectively, we will work to overcome the pain, hurt, and sorrow that many within the Lion Family are feeling," Rudin said in his statement.

Meeks said the shooting at the homecoming party occurred about 15 minutes after a Hunts County Sheriff's Department sergeant and deputy were sent to the scene after getting a complaint about vehicles illegally parked on the shoulder of a nearby highway.

He said a group called Good Fellows hosted the event and had hired a police officer from nearby Farmersville to provide security.

Meeks said the gunman entered the venue through a back door and immediately shot one man with a handgun and then turned his weapon on the crowd of partygoers, many dressed in Halloween costumes.